A Prayer In The Heart Of Damascus 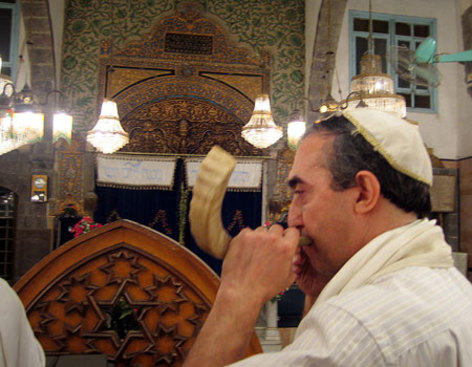 American-Israeli journalist Ron Ben-Yishai found himself in Damascus for Yom Kippur. He managed to find the last open synagogue in Damascus and to video the n'eela service. Ynet has the must-see video.

Some 45 Jews of Sa'ada county in Yemen left their homes after being threatened by radical Muslims, the Saudi daily Al Wattan reported on Monday.

According to the report, the extremists told the Jews to leave their homes within ten days, after which time they will be exposed to abductions and looting.

The Jews moved into a hotel in the town of Sa'ada, north of the Yemenite capital Sana. A formal complaint was submitted to the Yemenite President Abdullah Salah, the report said.…

The Jewish community in Yemen consists of several hundred members, who are not interested in leaving it. The Jews maintain a community life, including a cheder for children's torah instruction and to pray.