Bill Maher: New Rule – Haredim Get Out Of The Way

Continue reading "Bill Maher: New Rule – Haredim Get Out Of The Way" » 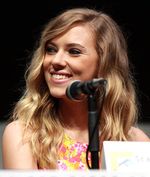 …When an incredulous teenager heard one member of the improv group ask the others on the platform if they all had tickets, he excitedly exclaimed, “Never mind train tickets—you people don’t even have pants!”

A comedian pimping his own comedy show in Times Square says he's a cousin of both Satmar Rebbes (pictured at right) and the great-nephew of the Novominsker Rebbe.

A special spiritual flight safety video from the Levinson Brothers and Tablet Magazine for haredim who fly El Al. 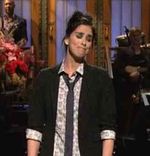 “Tonight is the end of the holiday of Yom Kippur, and I just want to take this opportunity to say to all the hasidic Jews out there: I promise you God will not mind if you wear a nice cotton blend in the summer. You are being ridiculous.” 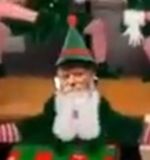 The rebbes of Chabad-Lubavitch wish you happy holidays in a new parody video.

On the surface, it looked like a pious poem titled "Talks of Holiness," and Olam Katan, a weekly parsha sheet handed out in synagogues across Israel, published it. But when read together, the first letter of each line forms an acrostic that says something very different.

A group of black stand-up comedians explain the Purim story.

Rabbi Shmuley Boteach’s book “Kosher Sex: A Recipe for Passion and Intimacy" was the most checked-out nonfiction title in the Crown Heights branch of the Brooklyn Public Library this summer. But what books made up the rest of the top te?

"May the state of Arizona expand their definition of 'suspected illegal immigrants' to "anyone who doesn't hunt.'…May you be reunited in the world to come with your ancestors, who were all socialist garment workers.…May you make a fortune, and lose it all in one of Sheldon Adelson’s casinos.…"

It's offensive. It's funny. It's not my fault. Watch it anyway.

What happens when a yid calls the D.A.'s Kol Tzedek hotline to report child sexual abuse? According to an anonymous haredi jokester, this:

That's the premise of a new independent film, Your Good Friend. The film is a mockumentary and the trailer, posted below, is brilliantly funny.

I've got two free tickets to Old Jews Telling Jokes to give away. Here's how you can win.

Di Tzitung's photoshopping of the iconic photograph of the White House Situation Room during the Bin Laden hit is the lead story on last night's Colbert Report.

Up In Smoke: Imagining The Day They Come To Take Your Judaism Away

Suddenly there came a furious knocking at my front door. Outside stood an ultra-Orthodox rabbi, with a big black hat, a long black beard, and a red canister of gasoline in his hand. Two young yeshiva students were at his side, one holding a clipboard, the other holding a baseball bat. I opened the door.…

Continue reading "Up In Smoke: Imagining The Day They Come To Take Your Judaism Away" »

A Haredi Dayenu For Our Times

If haredim had only supported the convicted head of Agriprocessors, but did not also operate an underground organ trafficking operation, dayenu! It would have been enough!

Continue reading "A Haredi Dayenu For Our Times" »

The first images from the upcoming episode of The Simpsons, in which the animated family visits Israel, were released this week after six months of buzz over the special show to be aired March 28.

Artscroll – The Laws Of Incarceration

Do you have to keep halav yisrael in prison? How do the halakhot of yihud apply in a prison context?

Members of the earth's earliest known civilization looked on in shock and confusion some 6,000 years ago as God created Heaven and Earth.

Rabbi David Batzri and his colleagues get a wag of the finger from Stephen Colbert.

Caught on film doing the perp walk is number 11.

Bust A Cap In Ahmadinejad's Ass

The proper response to Iran.

In The Beginning God Created…

Picked by the master himself…

I'm not sure, but Gawker just cracks me up. Whoever wrote headline #3 deserves a humongous raise.

Top Ten Slogan's for the New and Improved Rubashkin's

What will these crazed men do next? 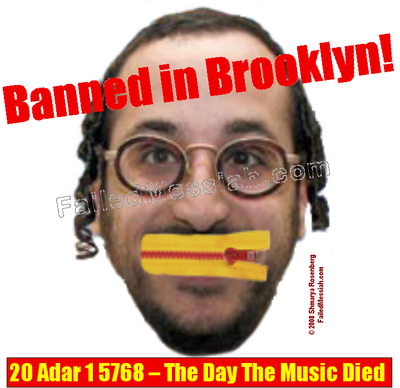 An Underground Comic for the Hanukka Season 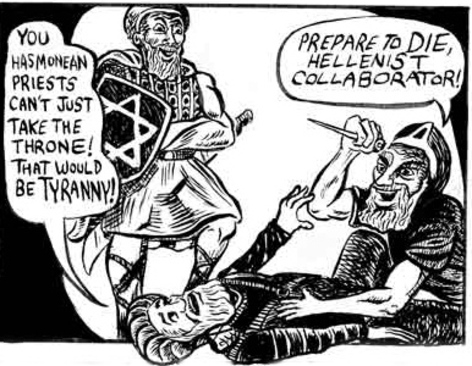 And David Kelsey is partially responsible. Read (and see) it all on Jewcy.

UPDATE: You can see another version of the commercial here, complete with a closeup of the faux "pashkvil" (wall poster) against HD TV. [Hat Tip: DovBear.]

The Monsey Tzaddik writes in response to a comment from Renee:

"The reason that our Rabbis stress the importance of the Oral Law...and Rivka exemplified exceptional modesty as she veiled herself upon seeing Yitzcack (Observance of family laws)."

Your oral tradition says that Rivka was 3 years old when Yitzchock married her and if you think it is appropriate to 40 years old men to penetrate 3 years old girl (Regardless of her observance) , I hope the local law enforcement agencies in your area know about you and your buddy Stefan Colmer.

Okay, it's definately lacking in derekh eretz and is unnecessarily harsh to Renee. But the image in my mind as I read this comment from the Monsey Tzaddik was Dan Ackroyd on the original Saturday Night Live Weekend Update listening to Jane Curtain's well argued presentation and then replying, "Jane, you ignorant slut."

Is the Monsy Tzaddik and insult comic? If he's not, perhaps he should become one.

Now, what about the Tzaddik's main point? What's up with this 3 year old girl bedding down with a man in his thirties? I know the rabbinic spin on this, although you should feel free to jump in with it if you feel the need to defend the "mesora."

What I really want to know is are there sources for very early child marriage in the ancient Middle East. In other words, is there a potential historical basis for this story? Readers?

The Revenge of the Chickens

Okay, so this has been around for a few years – it's still funny*. Give it a try.

*For those of you who see this as a bigoted poke at haredim, remember this – if kapparot were done with compassion, if the chickens were treated with kindness, you might be right. But the chickens are often treated deplorably, and the custom itself appears to have pagan roots.

Matzah As An Anti-Diarrheal

Borat and the Stupidity of Aish.com

… Satire is a powerful comedic tool that exposes the bigots by holding up their behavior to ridicule. The Anti Defamation League, while being concerned about "the character's boastful expressions of anti-Semitism and stereotyping of others," nonetheless is hopeful that people will understand Baron Cohen's comedic technique, which is "to use humor to unmask the absurd and irrational side of anti-Semitism and other phobias born of ignorance and fear." Admittedly, Borat at times achieves this end.

But truly good satire, of the Charlie Chaplin variety, goes even further. It makes people reevaluate how they view the world and even commit to changing their beliefs and actions. This, Borat by no means achieves.

Borat devolves into bathroom humor that sinks to levels so low that it can only be termed grotesque. It succumbs to the all too common temptation that most modern comedies seem to fall prey to - it assumes most viewers want toilet humor. By supplanting edgy, thoughtful comic satire with frat party antics, Borat squanders a golden opportunity. Instead of walking away from the movie and thinking about how ridiculous and dangerous racist ideas and those who hold them are, viewers will most likely come away thinking about why the longest scene in the movie involved Borat wrestling with his producer at a convention of insurance agents.

The President of Iran is calling for the elimination of the State of Israel. Attacks against Jews are rising at an alarming pace. Israel advocates and a handful of activists are trying to bring this issue to the forefront of the world's attention, but have little to show for their efforts. Now is the time for creative ways to get this message across, and satire is one of the best methods. Unfortunately, in 2006 all we got was Borat, when what we truly need is Charlie Chaplin.

Let's see if I have her line of "reasoning" down: Borat does not rise to the level of Chaplain's Little Dictator, the iconic anti- fascist satire of all time. Therefore, Borat is bad. True, the film does achieve effective satire of Jew haters with alarming regularity, but its descent into "frat humor" ruins the film. Right. Okay. So the Marx Brothers were also failures for Duck Soup, even though it is widely considered to be the next best thing to the Little Dictator.

You run an institution that still claims the so-called Torah codes are supported by science and endorsed in peer reviewed journals. Of course, nothing could be further from the truth. You use those codes to trap kids, to make them frum – even though you know them to be untrue.

But you claim to be representing Judaism, God and Torah – and you lie, deceive and cheat as you do so. Glass house? Stones?

Or, to put it more clearly – if you don't like the movie because of its earthy humor, fine, say so. But do not fault Cohen – a novice filmmaker – for not equaling Charlie Chaplin at the peak of his powers.