All In The Family

Paul Shaviv has a fascinating post on Sir Isaiah Berlin and Slifkin-gate.

It seems that Sir Isaiah, Yehudi Menuhin and the 7th Lubavitcher rebbe were all equal Schneerson cousins and the rebbe's wife, Chaya Mushka (and daughter of the 6th rebbe, Yosef Yitzchak Schneersohn) used to travel to London to see Sir Isaiah's mother and attend the theater with her.

By the way, Sir Isaiah – an infrequent synagogue attendee – inherited from his mother the tefillin of the Alter Rebbe, Shneur Zalman of Liady the founder of the Chabad dynasty. It was not uncommon for Lubavitch hasidim to make a pilgrimage of sorts to Sit Isaiah's home just to catch a glimpse of them.

Does anyone know where they are kept today? 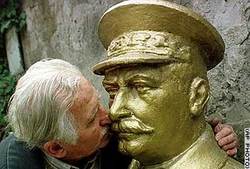 A NEW statue of the Soviet dictator Josef Stalin is to be erected in Moscow, returning his once-ubiquitous image to the streets after an absence of four decades, a top city official said yesterday.

Since Vladimir Putin became president in 2000, a number of Soviet symbols - including the national anthem and an army flag - have been restored to use, reflecting widespread nostalgia for the communist era.

But the rehabilitation of Stalin - denounced by Soviet leaders after his death in 1953 for encouraging a cult of personality and killing millions of real and imagined opponents - had remained out of bounds. Statues of him were removed from Moscow in the 1960s.

Oleg Tolkachev, Moscow’s senator in the upper house of parliament, said a monument was to be erected to Stalin and others who led the war against Hitler. A statue will also be built in the Belgorod region, near the Ukrainian border.

In another sign of Stalin’s growing appeal, many prime-time television shows have recently depicted him in a positive light.

For the Chabad role in this sickening affair, please see the post below.

For a look at Chabad's actions in Ukraine, see here.

Rabbi Yehuda Krinsky, the titular head of Chabad-Lubavitch has issued a statement on the 55th yartzeit of Rabbi Yosef Yitzchak Schneerson, the 6th Lubavitcher Rebbe:

Fotheringay-Phipps has posted an interesting story about the late Chabad-Lubavitch Rebbe, Menachem Mendel Schneerson, on Hirhurim: 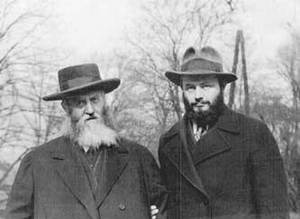 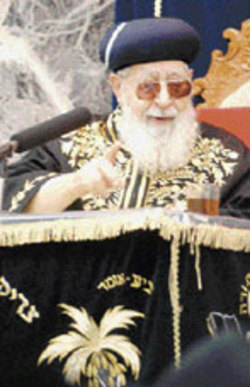 In 1943, the Union of Grand Rabbis and Agudas HaRabbonim issued the following plea calling on all rabbis to attend the Rabbis March on Washington. In part, it reads:

The Union of Grand Rabbis, as well as the Union of Orthodox Rabbis, appeals to support the action of the Emergency Committee to Save the Jewish People of Europe as a Redemption of Captives [pidyon sh'vuim]. It is important for the aim of rescuing the remnant of Israel in Europe that all Rabbis be present in Washington to add weight to the manifestation of the Rabbis, the Grand Rabbis and the leaders.

As mentioned in an earlier post, it seems that no senior Chabad rabbis from the Lubavitch community of Crown Heights attended. 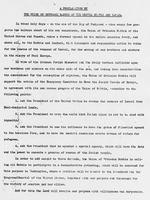 Now, let's look at the 1983 letter from the Ad Hoc Rabbinic Committee to Save Ethiopian Jews. It calls for support for House Resolution 107 (Senate Concurrent Resolution 55), asks that petitions that do so be circulated in synagogues, and includes an ad placed by the above-mentioned Emergency Committee to Save the Jewish People of Europe in the New York Times on February 16, 1943.

The David S. Wyman Institute has posted an exhibit about the Rabbis' March on Washington. and that a very young Nissin Mindel

Update: The S.Z. Gourary on the list is not Shmaryahu Gourary (a.k.a. The Rashag), the son-in-law of the Freidiker Rebbe. It is the very young Schneur Zalman (better known as "Jimmy) Gourary.

The Freidiker Rebbe (probably due to illness), the Rashag and Rebbe did not attend. It appears that no senior Lubavitch rabbis attended . . .