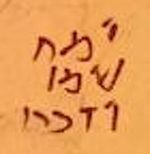 Two Jewish teens, one 16-years-old and the other 15, have been arrested on suspicion of defacing an iconic Jerusalem church with hate crime graffiti. 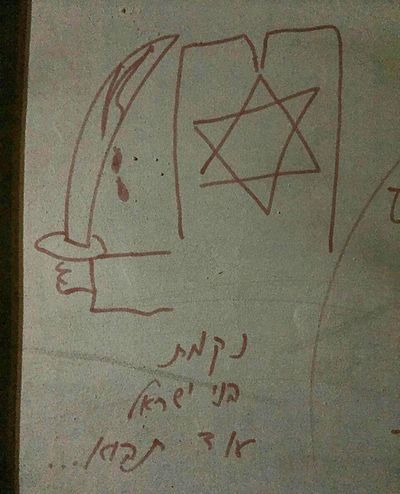 Two Jewish teens, one 16-years-old and the other 15, have been arrested on suspicion of defacing an iconic Jerusalem church with hate crime graffiti, Ha’aretz reported.

The Dormition Abbey on Mount Zion, which is located just outside the walls of Jerusalem’s Old City, is believed by Christians to be located on the spot where Mary the mother of Jesus died. It was defaced with a string of anti-Christian slurs written in red and black permanent marker Saturday night. Among those slurs were "Christians to Hell," "Death to the heathen Christians the enemies of Israel," and "May his [Jesus’] name be obliterated" (written as a Hebrew acrostic of Jesus' Hebrew name as it is supposedly found in the Talmud and which is used as a slur in and of itself by some haredim).

The AP reported both suspects are believed to be members of the Zionist Orthodox Hilltop Youth and noted the graffiti included threats of violence against the abbey's monks. Neither suspect has yet been charged.

This was not the first hate crime against the abbey.

• In February 2015 arsonists burned a building near the abbey.

• Shortly after the Pope visited the abbey in 2014, an arsonist set the abbey’s visitor book on fire.

A wave of similar anti-Christian attacks has seen the Church of the Multiplication of Loaves and Fishes burned in 2014 and many other Christian buildings and cemeteries vandalized and defaced.

Additionally, in the streets of Jerusalem’s Old City Christian clergy are routinely spat on by haredi yeshiva students and Zionist Orthodox Hilltop Youth.

Two Jewish teens, one 16-years-old and the other 15, have been arrested on suspicion of defacing an iconic Jerusalem church with hate crime graffiti.