The Lost Jews Of Nigeria 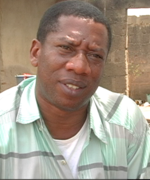 There are about 14 million people worldwide who claim to be Jews but who are not as of yet recognized as such by the Jewish community. This is the story of one such group of Jews, the large Igbo tribe of Nigeria.

…[Remy] Ilona’s success [at documenting the Igbo tribe’s oral history of Israelite ancestry] belies difficult questions that face the Judaizing communities of Nigeria—and others emerging elsewhere. Can these communities, each with their own stories, be accepted by global Jewry as they are? And, in looking for acceptance, where should they turn? Who are the gatekeepers to Judaism today?

The Igbos’ oral history of their Israelite origin, foundational for Ilona’s work, has perhaps posed the most challenges. In one case, detailed in Lis’s book, which began in 1988, an Igbo man named Chima Onyeulo—a one time soldier in the Biafran War, who had also lived in Italy—tried to immigrate to Israel under the Law of Return. Regional rabbinical courts in Jerusalem and Tel Aviv, the Ministry of the Interior and the Chief Rabbinate all weighed in.

The religious authorities told Onyeulo repeatedly that he would have to convert. He wasn’t interested. Arguing his case, Onyeulo offered both Igbo and colonial accounts of Jewish customs among his people. (The chief rabbi of Israel’s Ethiopian Jews also spoke on Onyeulo’s behalf.) But in 1994, Israel’s Supreme Court dismissed the case. “There are no historical, halachic or national grounds,” the court ruled, “to view the members of the Igbo tribe as Jews.”

[Even so, rabbis from the Conservative Movement (and even one or two from parts of Orthodoxy) have been involved with trying to help the tribe for want of a better term, Judaize, and Kulanu, a Jewish organization which reaches out to groups of "lost" Jews helped the Igbo open a modest Jewish center several years ago.]

In 2006, around 80 Tel Aviv-based Igbos went through a mass conversion, overseen by rabbinical judges from the ultra-Orthodox Sephardic community. But because most of the converts did not hold residency permits, they were kicked out. (Despite deportation, they continued practicing Judaism while back in Nigeria, said Ilona, who was close with one of the men.)

Kulanu has been most active in Nigeria, but Shavei Israel, an Israel-based foundation that supports isolated communities, may also offer a path into the mainstream. Unlike Kulanu, Shavei places a special emphasis on immigration to Israel. Its outreach elsewhere has been fruitful: The organization has helped thousands of Bnei Menashe from India, who hold similar claims of Israelite heritage, immigrate to Israel. Controversially, many were initially settled in the West Bank. This past May, Shavei sent its first emissary to Nigeria.…

[Noted academic Tudor] Parfitt, whose scholarly work has focused on such remote communities with Jewish claims, estimates that apart from Jews already ensconced within mainstream Jewry, there are 14 million self-identifying Jews worldwide…

The Lost Jews Of Nigeria

There are about 14 million people worldwide who claim to be Jews but who are not as of yet recognized as such by the Jewish community. This is the story of one such group of Jews, the large Igbo tribe of Nigeria.