« Video: Outreach Rabbi Who Said Fewer Than 1 Million Real Jews Died In The Holocaust Is Also A Racist | Main | Israel Spends About $770 Million Annually On Kosher Food Supervision, Driving Up The Cost Of Food By 5%, Finance Ministry Says » 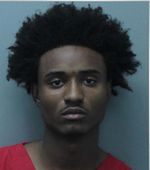 Deandre Charles' DNA may have been on Chabad Rabbi Joseph Raksin's right sleeve. But will that at this point limited and seemingly weak DNA evidence along with a seemingly shaky ID be enough to convict him?

Less than a month ago, a grand jury indicted 15-year-old Deandre Charles for the 2014 murder of Chabad Rabbi Joseph Raksin. But that indictment came after a long lull in the case caused, I'm told, by what appears to be the shaky nature of some of the physical evidence.

A new report by CBS4 News in Miami appears to confirm this without explicitly stating it:

…Most of the more than 600 pages of discovery focused on physical evidence – including the autopsy, DNA tests and fingerprints. Most of the testing cleared many friends of 15-year-old murder suspect Deandre Charles.

A witness identified Charles as one of two young men who tried to rob, and then shot and killed Rabbi Raksin, who was on his way to synagogue in Northeast Miami-Dade nearly a year and a half ago.

He added, “When I opened the front door I saw two guys running, going up NE 7th Place….One of them turn and look back.”

He says he saw his face and his “bright eyes.”

That is the same witness who drew the rudimentary picture of the suspect, which State Attorney Katherine Fernandez Rundle displayed during a news conference about Charles’ arrest.

“(The murder) was mean, cold. He didn’t have any money on him so he shot and killed him. Just as sad as that,” said Fernandez Rundle in December.

Prosecutors also plan to present DNA evidence in their case against Charles.

After testing several other suspects supposedly part of his group of friends, Charles was the only one who could not be excluded from a DNA sample from the Rabbi’s right sleeve.

The autopsy shows Raksin was shot on the right side of his body.…

The report is unclear, but there is a big difference between a DNA match and not being able to exclude a match. It's kind of like saying, "we know that fingerprint can't match these five guys, but it might match the sixth." The problem is, that print – or, in this case DNA –  could match a dozen or a hundred other people, maybe more.

DNA may also link Charles to parts of the murder weapon.

Again, note the wording: "possible contributor to the profile obtained in the mixture." This is not, at least at this point, solid DNA evidence and no matter what they say, police have not released any evidence that solidly puts Charles at the scene. All they really appear to have is a shaky ID of many who saw the murderer at a distance and who drew a picture that loosely resembles Charles – and likely resembles dozens or even hundreds of other young Black males, as well.

Charles cooperated with police during the 16 month investigation and voluntarily gave  DNA sample. Police did not move to arrest Charles after that sample was read, and prosecutors did not move to indict him. It was only after political pressure mounted that an indictment and arrest happened.

In interviews with police, Charles said “he was home all day with his siblings [on the day of the shooting]. He reiterated he did not ever leave his residence on the date in question… that he had no knowledge of the death of Joseph Raksin," and Charles' family maintains his innocence.

A police dog found a .45 caliber handgun in a dresser inside the Charles family home.

However, there was no DNA on the bullet casings found at the site of Raksin's murder and there appears to be nothing to link the gun to the crime. And for all we know, there may not even be anything to link it to Deandre Charles, either.

The State Attorney reportedly said phone records would also play a role in the case but none of those records have been released.

Does all this mean Charles is innocent? I don't know. There seems to be enough related evidence against him to get a conviction.

But if CBS4's reporting is correct, the case against Deandre Charles is weaker than police made it appear on the day of his arrest. And that could led to an acquittal down the line or to a conviction many people will dispute for years.

Deandre Charles' DNA may have been on Chabad Rabbi Joseph Raksin's right sleeve. But will that at this point limited and seemingly weak DNA evidence along with a seemingly shaky ID be enough to convict him?