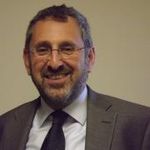 British Jews might have to reevaluate their presence in the UK because the British government is putting circumcision, religious schools and kosher slaughter under increasing scrutiny, a prominent Orthodox Jewish community member told the media.

British Jews might have to reevaluate their presence in the UK because the British government is putting circumcision, religious schools and kosher slaughter under increasing scrutiny, a prominent Orthodox Jewish community member told the International Business Times.

David Frei, a lawyer who has been a registrar at the haredi-controlled London Beth Din since 1999, said record levels of atheism along with Islamist terrorism have turned people against religion, and that has in turn pushed the government into increasing its scrutiny over kosher and halal slaughter, religious schools funded by the government, and circumcision and may lead to government moves to ban any or all of them.

"I think there are genuine fears at the moment in any number of areas – including circumcision and ritual slaughter – that the state may one day take a more interventionist role and it is very disturbing. At one point or another Jews will have to evaluate their future in the country if this was to happen. There is a very secular wave that is washing over this country at the moment. There is no question that fewer people than ever before believe in God. The opinion polls will show you that 30 or 40 years ago, the vast majority of people believed in God and now the vast majority don’t,” Frei reportedly said.

The IBT spoke to Frei as part of an investigative report into the role of Muslim sharia courts in Britain. Those courts have faced increasing scrutiny and criticism from the government and politicians. But so far, the London Beth Din has avoided both that scrutiny and that criticism, even though many of the problems that plague sharia courts also plague Orthodox Jewish courts like the London Beit Din.

One reason for that might be that the London Beth Din has existed in some form for about 400 years while sharia courts are more recent introductions to the city.

But lawmakers and policy makers, who have become increasingly concerned with the perceived misogyny of sharia courts in divorce cases, are starting to to turn their attentions to similar issues with the London Beth Din and other Orthodox rabbinical courts because of the problem of agunahs – women who are left “chained” in unwanted marriages while their recalcitrant husbands use halakha (Orthodox Jewish law) to extort and coerce them into paying large sums of money to be released from their unwanted marriages or agree to custody arrangements favorable to their abusive husbands but not to them. And sometimes these recalcitrant husbands simply refuse to divorce their wives out of spite.

No matter the reason, the men are essentially free to start new relationships and even father children with other women while their wives are forbidden to date or cohabitate with any man until their recalcitrant husbands grant them the Jewish bill of divorce known as a “get.” Any children conceived with another man during this period of halakhic limbo are deemed to be mamzers (bastards). Orthodox Jewish law forbids mamzers and their descendants to marry “pure” Jews. That ban lasts forever – although there were ways for a mamzer’s lineage to become “lost” and for the mamzer to quietly blend in with the “pure” Jewish community.

For centuries rabbis were trained to work hard to avoid naming someone as a mamzer and to work very hard to allow people identified as mamzers to quietly sneak back into the pool of “pure” Jews.

But in recent years haredi rabbis have reversed centuries of rabbinic behavior regarding this issue, and in Israel have even used the state apparatus to maintain lists of mamzers and ban them from marrying “pure” Jews.

Frei defended the system that creates these “chained” women and said that Jews were accepting this system voluntarily. Therefore, Frei claims, the British government shouldn’t interfere, even if some women are discriminated against and grievously damaged by what his haredi-controlled Orthodox Jewish court does.

"People are voluntarily taking upon themselves additional restrictions [i.e., to follow Orthodox Jewish law as his haredi-controlled court enforces it] because they believe in it,” Frei said. “The reality is that if you are a religious Jew, the way that you think marriage is performed is platform X and divorce platform Y. And what is wrong with that? That is a restriction that [they have] taken upon [themselves]. That is what you believe in, your value system. That is not a threat to any society.”

Frei made similar claims about Jewish religious circumcision (which can have specific safety issues) and kosher slaughter (which has animal welfare and humane slaughter issues which trouble many Britons).

“The purpose of the state in my view [is] not to impose cultural values on a minority which has its own cultural values and which does not clash, fight or inflict violence on anybody else. We are a law-abiding community. We are people who have given a full and valued contribution to British society, so why should the state come barging in and tell us what we can and can't do in terms of matters of personal religious belief?”

Frei also holds similar beliefs about the British government’s stricter enforcement of education law for religious schools – including haredi Jewish schools – which was prompted by a string of radical Islamic terror attacks across Western Europe.

"Very shortly after the most recent attacks in Paris, the first letter [in the paper] I read was about chucking out religious schools and I thought is there any evidence that any of these terrorists had ever actually attended a religious school? I don't think so. They are better off asking to shut down the internet, because that is causing it rather than religious schools,” Frei said.

The British government recently issued a closure order for an illegal non-compliant haredi school, Talmud Torah Tashbar, for essentially failing to teach secular subjects to its more than 200 students. The haredi school did not even teach students proper English.

British Jews might have to reevaluate their presence in the UK because the British government is putting circumcision, religious schools and kosher slaughter under increasing scrutiny, a prominent Orthodox Jewish community member told the media.