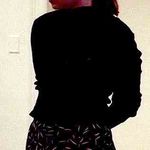 "I think we should open wide doors and let women into the world of kashrut in Israel, here and now,” Rosen reportedly said, adding that the only reason some rabbis prohibited this was due to "modesty issues."

The issue has been controversial because Israel’s haredi–controlled chief rabbinate has staunchly opposed allowing women to serve in that role, even though the Shulkhan Arukh (Code of Jewish Law) allows it.

Speaking in Jerusalem at the 25th annual conference on halakha and monetary law late last week Rabbi Israel Rosen, who heads the Tzomet Institute, which works to develop Shabbat-compliant technology, argued for allowing women to fill the role of kosher food inspector.

"I think we should open wide doors and let women into the world of kashrut in Israel, here and now,” Rosen reportedly said, adding that the only reason some rabbis prohibited this was due to "modesty issues.…This field is good for women in terms of their abilities and also in terms of the flexibility of the job – it lets one scatter the hours so the women will be able to fit them into their schedules."

"If we all employ female teachers, in contravention of the Mishna, Gemara and halakha that determine that women cannot teach children because the children's fathers are often present there, and the entire press is full of stories about harassment of teachers, yet even the haredi education system does not avoid employing women, there is no reason for them not to enter this field, as they entered the field of rabbinical advocates. I think women can raise the quality [of the kosher food supervision] based on what I hear about the norms of the kashrut supervisors. If we allow in women – especially today, in the age of feminism, when people are looking for challenges, for women to enter all sorts of corners in the religious life – I think they can turn that into a challenge,” Rosen said.

For those rabbis who see a problem with allowing women to have religious authority over men and use that fear to prohibit women from serving as kosher food inspectors, Rosen said that problem can be solved semantically by defining the rabbi who signs the kashrut certificate as the actual source of authority vis-à-vis the business owner – not the female kosher food inspector.

"If all we need is to define the role as not having the force of binding authority, then we will define it thus,” Rosen said.

But the Sefardi haredi Chief Rabbi of Kiryat Ono Ratzon Arusi, who is also a member of the Chief Rabbinate’s Council, added a strong restriction to Rosen’s position.

"The Chief Rabbinate did indeed look into the matter and approved allowing female kashrut supervisors, but it should be stressed that there is a need to look into every case individually, to avoid modesty issues," Arusi said, adding that female kosher food inspectors must follow the rules of modesty set down in halakha (Orthodox Jewish law).

"I think we should open wide doors and let women into the world of kashrut in Israel, here and now,” Rosen reportedly said, adding that the only reason some rabbis prohibited this was due to "modesty issues."