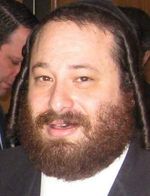 Top haredi politician Aron Wieder has resigned from his position as majority leader of the Rockland County, New York legislature.

Wieder, a Democrat, made the announcement this morning in a press conference held in the Rockland County legislative chamber as he was flanked by Orthodox New York State Assemblyman Dov Hikind and the COO of the haredi umbrella organization Agudath Israel of America, Rabbi Yosef Chaim Golding.

“A short while ago, I submitted [my resignation] to the president of the legislature. The reason I took the drastic step to resign was because some have turned my position as majority leader and strong advocacy to protect the constitutional rights and the civil liberties of the Orthodox Jewish community here in Rockland County a distraction for the work of the county legislature and the Democratic caucus. Therefore, I have stepped aside to put those concerns ahead of my own,” Wieder said.

But the real issue appears to be conflict of interest. Most Rockland County Democrats who are not haredi support appointing the veto-empowered state monitor. But Wieder’s advocacy, done in part through his office as majority leader, put the positions of the haredi minority over the needs of the majority.

Before Wieder made his announcement, Rockland County Executive Ed Day, a Republican who has been a staunch advocate for the district’s public schools, highlighted that conflict of interest by lashing out at the Rockland County Democratic Party for allowing Wieder to speak for it and for the scandal-plagued East Ramapo school board at the same time.

“The Rockland County Democratic Committee either stands with ALL the children of East Ramapo or you do not.…As long as THEIR legislative majority leader is fighting what every clear thinking individual sees must happen, their words are meaningless,” Day wrote.

Scandal-Plagued Haredi-Controlled School Board So Badly Runs Public Schools, It Must Have Direct State Oversight With State Veto Power.

19 Official Recommendations To Fix The Public Schools A Haredi-Controlled School Board Helped Destroy.

Haredim Move To Sue NY State Over Appointment Of School Board Monitor.

Top haredi politician Aron Wieder has resigned from his position as majority leader of the Rockland County, New York legislature.