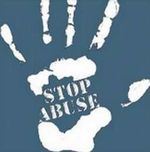 A new review study shows what almost every victim of child sex abuse and rape already knows: information and resources regarding effective therapy for post-traumatic stress disorder (PTSD) are not easily available.

PROVIDENCE, R.I. [Brown University] — Post-traumatic stress disorder remains a difficult, urgent, and prevalent problem among combat veterans, but millions of nonveterans experience the condition too. A new study in the Harvard Review of Psychiatry finds that compared to what the Veterans Health Administration and Defense Department make available, treatment resources for nonveterans are much less cohesive and helpful.

“For the other people affected by PTSD — victims of sexual assault, child abuse and natural disasters — there really isn’t an organized body of research that generates guidance for how they and their caregivers should deal with their PTSD,” said lead author Judith Bentkover, professor of the practice in the Brown University School of Public Health and executive and academic director of the Executive Masters in Healthcare Leadership degree program. “We know that gender, race, and culture affect how people deal with anxiety. The research that there is to date doesn’t provide a robust evidence base for treating PTSD in specific vulnerable subpopulations, by either sociodemographic cohort or by cause of PTSD. And where there are some good studies, we need better ways of organizing, synthesizing, retrieving, and translating the information we do have so that all treatment providers, patients, and caregivers can benefit from this knowledge.”

Bentkover became interested in PTSD treatment for veterans when she began co-teaching a class on mental health policy with former U.S. Rep. Patrick Kennedy, a former visiting teaching fellow at Brown. She learned that while many veterans continue to struggle to get help for the difficult but treatable condition, understanding what good care is and locating it is even more challenging for some nonveterans to come by.

“The best PTSD treatment model we have can be found within the VA,” Bentkover said. “Kids have PTSD. Women have PTSD. It’s not just a disease of veterans, although they are a very important and poignant cohort of people who have it. Sexual assault victims, abused children, survivors of natural disasters do not necessarily have a VA to go to. What do they do?”

For many nonveterans, Bentkover said, it may be daunting to get connected to care. Some people with PTSD who remain untreated may develop other medical problems and tend to account for more healthcare costs than those persons who receive PTSD treatment.

As an economist, she said she recognizes not only that people are suffering but also that they may be considerably less productive during their struggle. Those who are not treated may require public expenditures if they become jobless or homeless. Marital and family discord that results in broken families could impose costs on their children.

“PTSD is not only a huge healthcare problem, it is a huge cost,” she said.

To learn more about what resources civilians might have, Bentkover led a team of seven researchers who reviewed the academic and economic research literature on civilian PTSD treatment as well as consumer-oriented websites. They found that while some research and resources specific to nonveterans can be found, too little is available to help nonveterans or their doctors understand, compare, and access treatment they believe would be right for them.

“Caregiver and patient-centered Internet searches for PTSD treatment programs and support resources located sites that were often rich in information but not necessarily organized to facilitate consumer decision-making,” the authors wrote. “Generally speaking, consumer websites could perform several key functions more effectively, such as simplifying complex evidence regarding treatments, identifying areas of consensus versus controversy, and providing concrete tips for navigating among the different treatment options and providers.”

To some extent the lack of patient-specific treatment guidance stems from a dearth of studies that have evaluated the effectiveness of PTSD treatment delivery among different civilian populations, the authors said, but also there hasn’t been a coordinated effort to amass what is known.

“A major finding of the authors’ search for nonmilitary service providers is that there is no centralized listing of PTSD providers, treatment programs, and support programs at the state or local level and limited listings at the federal level,” the authors wrote.

While many institutions and segments of society, including DoD and the VHA, have become more supportive of veterans affected by PTSD in recent years, a robust support network for nonveterans with PTSD does not appear to have emerged, she said.

The authors provide several recommendations to improve treatment information for nonveterans. These include:

One Mind for Research and the Tug McGraw Foundation supported the study.

A new review study shows what almost every victim of child sex abuse and rape already knows: information and resources regarding effective therapy for post-traumatic stress disorder (PTSD) are not easily available.