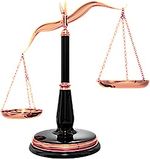 The man told the rabbinical judges he wants to marry a second wife so he can live with a woman, “who can make him a cup of tea.”

An 80-year-old man filed a petition with the official state Rabbinical Court in Netanya, Israel asking to be allowed to marry a second wife, Kikar HaShabbat and other Israel media reported.

In other words, the man didn’t want to remarry after a divorce or the death of his souse, the man wanted permission to marry a second woman, meaning he would have two wives concurrently.

The man argued that his first wife is suffers from multiple sclerosis and severe dementia, is wheelchair-bound, requires 24-hour help with all aspects of personal care, and is incontinent. While she still recognizes him, she no longer recognizes anyone else from her family, the man claimed, even her grandchildren. She also screams or responds in other inappropriate ways when people come to visit her.

A medical opinion filed with the rabbinical court affirmed the man’s understanding of his wife’s condition and added that she “is not interested at all in her surroundings, barely speaks, does not watch TV, and is occasionally restless.”

The husband told the rabbinical court his wife “is unable to manage her own affairs and care, and therefore needs a guardian for her person and property,” and the court appointed one.

He told the rabbinical judges that he does not want to divorce his wife, whom he has been married to for 50 years, or hurt her in any way.

“Death do us part. I pledge to protect her…I buy medication and bring food home and everything,” he said.

All that said, the man told the rabbinical judges he wants to marry a second wife so he can live with a woman, “who can make him a cup of tea.”

The rabbis allowed the man to marry a second wife primarily based on a ruling in the Shulkhan Arukh (Code of Jewish Law), known as “a woman who lost her faculties irreparably” and who may not be divorced.

“This situation of women diagnosed with dementia who is unable to take care of her basic needs, has lost sphincter control and cannot be intimate with her husband, fits the definition of a wife who lost her faculties and her husband is given permission to marry an additional wife,” the panel’s head, Rabbi Shneur Pardes, ruled.

If the roles were reversed and the man was the one with MS and dementia and the wife was healthy, she would not be allowed to marry a second husband because halakha (Orthodox Jewish law) never allows a woman to have more than one husband at a time. Worse yet, because her husband would be legally unable to consent to a divorce, the vast majority of haredi rabbis would not allow one to issued for him by the rabbinical court acting as his proxy – meaning the woman would have no options inside halakha other than caring for her ill husband.

The man told the rabbinical judges he wants to marry a second wife so he can live with a woman, “who can make him a cup of tea.”