« Mostly Moderate Zionist Orthodox Rabbis Issue Statement In Support Of Shin Bet And Against Jewish Terrorism | Main | Jewish Terrorists Burned An Israeli Church, Now Israel's Government Is Screwing The Church Out Of The Money It Needs To Rebuild »

The New York Times has a exposé of Rabbi Marc Gafni, who has been accused of child sex abuse and of having affairs with multiple women at the same time, all often his students. 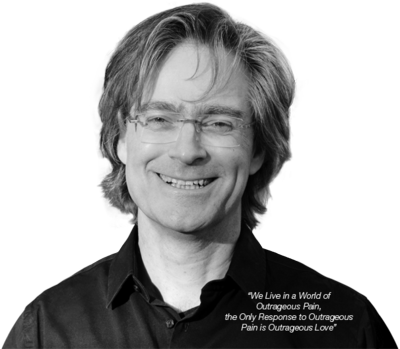 Above and above right: Marc Gafni (from his website's banner). Note the quote Gafni chose.

Here's a brief excerpt from the New York Times Marc Gafni exposé (that should make you want to stop shopping at Whole foods or reading the Huffington Post):

…A co-founder of Whole Foods, John Mackey, a proponent of conscious capitalism, calls Mr. Gafni “a bold visionary.” He is a chairman of the executive board of Mr. Gafni’s center, and he hosts board meetings at his Texas ranch. The Whole Foods website shows a seven-part video series of conversations between the two men.

The new media pioneer Arianna Huffington spoke, via teleconference, at Mr. Gafni’s invitation-only conference last year. The author John Gray has asked Mr. Gafni to help write a sequel to “Men Are From Mars, Women Are From Venus.”…

In a 2004 article in The Jewish Week about Mr. Gafni, a woman said he repeatedly sexually assaulted her, over a nine-month period, beginning in 1980, when she was 13. “He told me that if I told anyone, I would be shamed in the community,” The Jewish Week quoted the woman as saying.

Mr. Gafni was quoted as saying that they had been in love. He added, “She was 14 going on 35, and I never forced her.” In a recent interview, the woman, who asked not to be identified, said that she stood by her account from 2004 and that the encounters were not consensual.

In 1986, when Mr. Gafni was working for Jewish Public School Youth, an outreach program, he was accused by a 16-year-old girl of climbing into bed with her naked while she was staying with him and his wife. “He stalked me for years afterward,” said the woman, Judy Mitzner, who recently wrote about the episode.

Mr. Gafni said recently that it was “a one-time event” and that Ms. Mitzner, who was “highly initiatory,” came on to him. Ms. Mitzner said that was not true. “I never initiated anything with him,” she said. No charges were filed in either case.…

The exposé goes on to describe Gafni's repeated betrayals of his closest supporters, his multiple affairs – often conducted with married women he was teaching – and the awful apologetics used by Whole Food's Mackay and others to defend Gafni, whose behavior was so awful, Rabbi Shlomo Riskin, who had ordained Gafni, rescinded that rabbinic ordination.

The New York Times has a exposé of Rabbi Marc Gafni, who has been accused of child sex abuse and of having affairs with multiple women at the same time, all often his students.