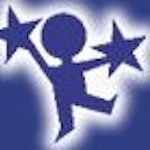 The National Children’s Leukemia Foundation (NCLF) run by Zvi Shor, Yehuda Gutwein, Shlomo Shor, and Shlomo Donn, raised $9.7 million from unsuspecting donors but paid out only $57,000 in direct assistance to leukemia patients, less than 1% of the money raised.

They should be in prison and the restitution amounts should be far higher. But this is New York State. The A-G's press release:

Foundation To Close Permanently, Defendants To Be Banned From Working In The Non-Profit Sector

Former Officials Admit To Financial Misconduct And To Years Of Fundraising Abuses And Misrepresentations, Including Falsifying Audit Reports

Through this settlement, NCLF will be permanently closed, its former officers barred from serving as fiduciaries of any New York charity, with nation-wide bans for the founder and his son. The former officers will also be barred from soliciting funds on behalf of any charity. The Attorney General will also recover $380,000 dollars, most of which will be directed to charities helping children with leukemia. Shor, age 64 and a resident of Brooklyn, New York, forfeited claims to an additional $612,844 in back-pay, in addition to a claim to a life-time pension and other benefits. NCLF’s former accountant and auditor must report the identities of any non-profit clients to the Attorney General’s Charities Bureau for the next three years. The settlement is subject to approval by the court.

“My office will continue to go after so-called charities that cynically assume a sympathetic name and then deceive generous New Yorkers into making generous donations for persons in need,” said Attorney General Schneiderman. “We are committed to ensuring that funds contributed by donors reach their intended recipients.”

The defendants in the Attorney General’s suit admitted to their misconduct, including the following:

Contrary to NCLF’s fundraising solicitations, which represented that it had medical expertise to provide significant services to sick and terminally ill children, NCLF did not operate a bone marrow registry; it did not bank umbilical cord blood; and it did not operate a cancer research center. In addition, NCLF heavily promoted a “Make A Dream” program for terminally ill children, but in fact NCLF did little more in several years than donate one laptop computer to one child and send another child to Disney World. Over the five years of the Attorney General’s investigation, from 2009 through 2013, NCLF’s actions had the effect of deceiving donors, who contributed a total of $9.7 million – 85% of which NCLF spent on fundraising costs.

NCLF pretended to meet its obligation to have a functioning board of directors by falsely listing as board members persons who in fact had no involvement with the organization.

Gutwein, who is a Certified Public Accountant, admitted that he was only a “straw” president and that Shor continued to lead NCLF even after Shor’s resignation. Shor relinquished the title of president when his 1999 criminal conviction for bank fraud became public. Demonstrating that he had no actual role at NCLF, Gutwein admitted that he had little or no knowledge of NCLF’s programs, and that he never even visited NCLF’s office. Gutwein admitted that NCLF made representations in its solicitations about programs that it did not conduct, and that Shor approved of the falsehoods.

Donn, a C.P.A. who worked for Gutwein, was responsible for auditing NCLF’s finances. Donn prepared and submitted reports that purported to represent valid audits, but, in fact, Donn’s reports did not meet basic auditing standards.
Shlomo Shor, Zvi Shor’s son, became an officer and director of NCLF merely for the purpose of signing official checks and contracts at his father’s behest. Despite his title of vice-president, Shlomo Shor was ignorant of the organization’s finances and its programs.NCLF further deceived donors by filing with the Charities Bureau required annual reports that minimized its fundraising expenses and that created a false appearance that it was spending substantially more on programs than it did.

The full text of the defendants' admissions is available here. [The link is missing from the A-G's press release. – FM]

The investigation into NCLF developed from the Bureau’s annual Pennies for Charities report, which reveals that charitable donations obtained by many professional fundraisers are largely spent on fundraising and administrative expenses, with only a small fraction left for charitable work. The latest Pennies for Charities report may be accessed here.

More information about the Attorney General’s Charities Bureau and organizations regulated by the Bureau may be found at www.charitiesnys.com.

The full text of the defendants' admissions is available here and here.

The Bad and Good of Haredi Fundraising.

The National Children’s Leukemia Foundation (NCLF) run by Zvi Shor, Yehuda Gutwein, Shlomo Shor, and Shlomo Donn, raised $9.7 million from unsuspecting donors but paid out only $57,000 in direct assistance to leukemia patients, less than 1% of the money raised.