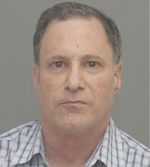 A former teacher in prominent Toronto Jewish elementary schools has been criminally charged in a child pornography investigation, CP24.com reported.

More than a month later, on December 16 police executed a search warrant at 55-year-old Stephen Joseph Schacter’s home and arrested Schacter for possession of child pornography.

Schacter taught at the Eiz Chaim schools from 1986 and 2004. He was also the office administrator for the United Synagogue Day School between 2005 and 2009, after which time he worked as a private tutor until 2011.