Kabbalah Centre Sued Over Alleged Attempted Rape By Its Leader 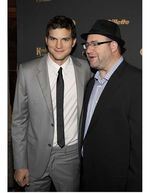 The now-former co-director of the Kabbalah Centre International gave a student Vicodin and alcohol, then touched her inappropriately and tried to have sex with her, an attorney told a Los Angeles Superior Court jury today.

The now-former co-director of the Kabbalah Centre International gave a student Vicodin and alcohol, then touched her inappropriately and tried to have sex with her, an attorney told a Los Angeles Superior Court jury today, Patch.com reported.

That statement was made during the opening statements in the trial of Jena Scaccetti’s lawsuit against the center. Scaccetti’s attorney Alain Bonavida said Rabbi Yehuda Berg’s intentions – to commit rape – were clear.

“She’s alleging in this case he attempted to rape her,” Bonavida said.

Berg’s attorney John Cline said it was all a misunderstanding and claimed Berg thought Scaccetti wanted to have sex.

“[Berg, who had been drinking at the time of the incident,] made an awkward, inappropriate advance and she said no. He stopped and she sued him 14 months later. There is no doubt what Mr. Berg did dishonored his wife, the advance he made was inappropriate,” Cline said.

Cline claimed Scaccetti and Berg both suffered from kidney stones and that Scaccetti accepted Berg’s offer of a Vicodin pill and one drink to dull her pain. Scaccetti agreed to meet Berg at the apartment where he was staying that nightfor that purpose, Cline claimed.

The Kabbalah Centre’s attorney, Jonathan Bach, told the court the center has no liability for what may have happened between Berg and Scaccetti.

“They are trying to blame us for something we had nothing to do with. This was not a Kabbalah Centre event,” Bach said.

The Kabbalah Center, founded by Berg’s father Phillip, is a Berg family business.

Yehuda Berg has written about 30 books, most published by the center. His brother Michael, who also teaches at the center, has also published several books.

Madonna, Ashton Kutcher, Demi Moore, and dozens of other Hollywood celebrities have studied at the center, which is frequently equated with a cult by mainstream Orthodox Judaism and by many non-Orthodox rabbis, as well.

Scacetti reportedly says she studied at the center for about six years. Berg was helping her convert to Judaism.

“She was told what she should do, when she should do it…to the point where it became her life,” Bonavida, Scacetti attorney, told the court. “This is not an easy subject to hear about.”

Yehuda Berg was the trial’s first witness. On the stand he admitted that he was addicted to “anything that can make you high or drunk.” He claimed his substance abuse started in 2004 after his father Phillip had a stroke. “When he had his stroke, it devastated my life,” Berg testified.

Berg claimed he left the Kabbalah Centre in May of last year because of his substance abuse.

Based in Los Angeles, the Kabbalah Centre has centers in Manhattan, Florida, Israel, the UK, Moscow, Milan, and other locations worldwide.

Kabbalah Centre Sued Over Alleged Attempted Rape By Its Leader

The now-former co-director of the Kabbalah Centre International gave a student Vicodin and alcohol, then touched her inappropriately and tried to have sex with her, an attorney told a Los Angeles Superior Court jury today.