Pinto's followers reportedly assaulted about a dozen press photographers outside the Supreme Court today. Despite the fact that these wall posters are posted in haredi areas of Jerusalem, police were apparently nowhere to be found and court security was completely unprepared, 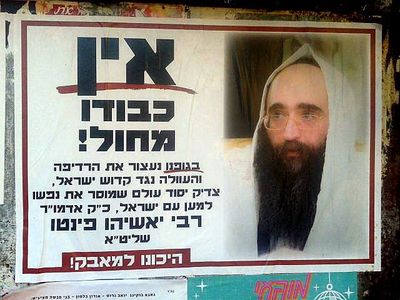