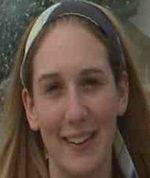 Tamar Epstein was an agunah – a woman forbidden to remarry because her husband has either refused to grant her a Jewish bill of divorce known as a get or has simply disappeared – since 2010 if not earlier. But two months ago Epstein remarried with the permission of Modern Orthodox and haredi rabbis, even though she still does not have a get and her recalcitrant husband, Aharon Friedman, is still living, the Washington Jewish Week reported.

Epstein married Adam Paul Fleischer on September 24 in Memphis, Tennessee. A well-known haredi rabbi, Nota Greenblatt, officiated even though Greenblatt knew pstein didn’t have a get. And while Greenblatt refused to comment on how he was able to to do that, the Washington Jewish Week’s reporting fills in the gaps Greenblatt and other rabbis involved with the case won’t.

Here’s how it seems to have worked.

Epstein married Friedman in 2006. The couple had a child in November 2007 and had a civil divorce in 2010. But Friedman, a top staffer for a Republican US congressman, repeatedly refused to grant the get, and no amount of rabbinic or communal pressure would sway him.

Friedman was allegedly holding out, as FailedMessiah.com previously reported, for better custody arrangements. He also wanted to control where Epstein was allowed to live and, some also claimed, wanted a cash payout from Epstein’s family.

Epstein was an agunah, chained, meaning she couldn’t remarry or cohabit with another man, and any children conceived with another man would be deemed mamzerim (mamzer, singular; bastards under Orthodox Jewish law). Mazerim and all of their descendants are not allowed to marry ‘pure’ Jews ad infinitum.

So how did Epstein remarry? How did she lose her agunah status?

Apparently an unnamed Philadelphia rabbi – rumored to be Agudath Israel’s #2 rabbi, Shmuel Kamenetsky, the head of the Philadelphia haredi yeshiva – annulled Epstein’s marriage to Friedman on the grounds that Friedman’s allegedly abusive behavior combined with his purported mental health issues (obsessive compulsive disorder, paranoia and control issues) would have caused Epstein to refuse to marry Friedman if she had known about them before the wedding.

The idea that a halakhic marriage can be annulled on the grounds that one of the spouses deceived the other by concealing a major personality flaw, mental illness, other health issue, or simply lied about other important matters before the marriage, is an old one used by Orthodox rabbis for centuries when a spouse, usually a husband, would not or could not grant a get.

But that hasn’t stopped über-haredi Rabbi Moshe Sternbuch, the #2 rabbi at the vehemently anti-Zionist Edah Haredit umbrella organization in Jerusalem, from lashing out at the decision, egged on by two of his American disciples, Rabbi Daniel Eidensohn and his brother David, who is also a rabbi.

Edah Haredit is made up primarily of so-called Hungarian Jewish sects, most but not all hasidic.

Kamenetsky and Greenblatt are non-hasidic Litvaks.

David Eidensohn reportedly says he considers Epstein and Friedman to be a married couple. Any child Epstein has with her new husband would be a mamzer according to Eidensohn (who has a reputation of being less than the brightest bulb in the pack). “That" – allowing Epstein to remarry – "is the worst child abuse,” Eidensohn said to disparage Kamenetsky, as if following a rabbinic opinion Eidensohn disagrees with is worse than, say, child rape.

In the halakha the Eidensohns and Sternbuch claim to follow, rabbis are enjoined to do everything in their power to avoid declaring a person to be a mamzer or identifying a person already so-declared. Yet David Eidensohn and Sternbuch have rushed to do publicly, and

Sternbuch even wrote a ruling he allowed David Eidensohn to post on his blog condemning Epstein remarriage and noting the action taken by the unknown rabbi or rabbinic court was wrong because Epstein “had lived with her first husband for an extended period of time and she had borne a daughter from him.” This – the annulment of a marriage on the grounds of deception before marriage – is not done when the couple has been together for more than a brief time, Sternbuch wrote.

“I saw the [ruling] that ‘freed’ her. I hate to say this, but the [ruling] is total nonsense. Taking the approach of this [ruling], it is possible to destroy the whole framework of halakhic marriage. Such an approach is destructive to Judaism and uproots the basic laws governing Jewish marriage,” Sternbuch wrote, adding that Epstein is still married to Friedman “in every respect.”

However, taking Sternbuch’s extremely restrictive approach would mean that more than a few rabbis over the past several centuries had also created mazerim by using the exact same process the Philadelphia rabbi used to free Epstein and did so even when the marriage wasn’t merely a few weeks or months old. The idea that a woman must know almost immediately that her husband has defects that were hidden from her before marriage is not the normative understanding of the halakha outside the most extreme part of the haredi community Sternbuch belongs to.

But many of the more normative haredi rabbis, especially those living in Israel, are reticent to directly challenge Sternbuch and Edah Haredit’s top rabbi, Moshe Yitzchok Tuvia Weiss, for butting into their business, in large part because Edah Haredit followers are notoriously violent and neither of Edah Haredit’s two top rabbis – especially Weiss – has done much to limit that bad behavior, and Weiss is even thought to encourage it.

Many Modern Orthodox rabbis in the US, led by Jeffrey Jeremy Stern of ORA, an organization that fights to free agunahs, view Epstein’s marriage to Friedman as being annulled, and they recognize her new marriage to Fleischer as valid.