« Hasidic PR Flack Claims The Only Reason Hasidic Yeshivas Don't Teach Secular Subjects Is That They Don't Get Enough Of Your Public Money To Do It | Main | Some Patients In A Vegetative State Are Aware Of Their Surroundings, Doctors Find » 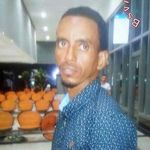 Nonsensically, police investigators only began collecting evidence and security footage from the scene of the attack, which took place Sunday evening, on Monday morning, about 12 hours afterward.

Men Who Beat Innocent Eritrean Man In Aftermath Of Terror Attack Say It Was All An Innocent Mistake – Even Though Video Footage Appears to Prove It Wasn’t
Shmarya Rosenberg • FailedMessiah.com

Ynet has brief interviews with some of the men who beat a seriously wounded Eritrean asylum seeker who was “mistaken” – largely because he had dark skin and looked foreign – for a terrorist during the Beersheba Bus Station terror attack.

One of the men who beat Habtom Zarhum, David Levy, is a worker at a shawarma shop in the bus station.

The videos of the attack on Zarhum posted on FailedMessiah.com and on Israeli social media sites and elsewhere appear to show a man pick up a bench and slam it into Zarhum’s body as the defenseless man lay on the floor profusely bleeding and making no purposeful movement of any kind.

Nonsensically, police investigators only began collecting evidence and security footage from the scene of the attack, which took place Sunday evening, on Monday morning, about 12 hours afterward. Normal police procedure in Western democracies would call for the immediate collection of such evidence and repeated canvassing of the area to get witness statements. But this well-accepted protocol was not followed.

“People were yelling ‘terrorist attack!’ so I immediately jumped out of my restaurant,” Levy continued, “I don’t know what they want from me, everything happened so fast, and I didn’t have time to think. The security officer yelled that he was a terrorist, and I trusted his call.

“…[Later, when police] asked me why I did it, and I said I thought he was a terrorist. I told them that if he was a terrorist, no one would have said anything to me. Today I regret my actions, but that is [only] in hindsight,” Levy concluded.

A man, identified by Ynet only by the initial “A,” works in the bus station and was caught on video savagely kicking Zarhum’s head.

“At first everyone stayed away from him, but after one or two minutes the guard ran to the other side because the gunfire was ongoing, and I wanted to help restrain him,” A said, and denied he meant to kill Zarhum. “One of the people put a chair on him in order to trap him, and after I saw that he was still moving, I kicked his head because I wanted him to lose consciousness. In the past there were cases were the terrorist got back up and kept stabbing.”

By the time Ynet’s article was published Monday, police had not yet questioned A.

Hagi Ezra from the same shwarma store Levy works at described what the mob did.

“People took out their rage on him, and then they were pushed back. After a few seconds everyone jumped back on him, and only a sole bus driver tried to protect him, but he was not successful. Everyone who ran next to him threw a chair at him, or kicked him. People thought he was a terrorist and took the law into their own hands,” Ezra told Ynet.

A man, identified only as “D” also saw the attack and apparently attacked the downed Eritrean.

“We thought he was a terrorist, so some of us kicked him, while others pushed them back. We were sure that this person was a terrorist. [But] he didn’t have a knife or gun, nothing, they just shot him for nothing. There were a few people who tried to stop the raging mob, but I did nothing because I was afraid I would get hurt,” D said.

Meanwhile, top Israeli politicians from the ruling Likud Party condemned the attack on Zarhum and some, including Defense Minister Moshe Ya’alon, called for an investigation. So did Israel’s attorney general.

But is that all talk?

Police – who have a long history of racism toward Ethiopian Jews and African asylum seekers – only moved forward with the investigation belatedly and begrudgingly, and are still claiming they are approaching this investigation “cautiously” in order not to discourage citizens from acting to stop terrorists.

Watch the videos of the attack on Zarhum here.

Nonsensically, police investigators only began collecting evidence and security footage from the scene of the attack, which took place Sunday evening, on Monday morning, about 12 hours afterward.