« OU-RCA Joint Statement On Impending Storm And Shabbat-Yom Tov Observance | Main | Agudath Israel's Hurricane Alert Warns Of High Winds And Structural Damage, But Does Not Say To Take Down Sukkahs » 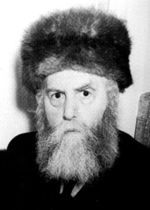 Chabad's paradigm for moshiach never asked the US Government to save Jews from the Holocaust. He used money he raised to rescue Jews and instead used it to start his Brooklyn yeshiva while thousands of Jews were being incinerated in Hitler's ovens every day. But there was something special the Lubavitcher Rebbe wanted the US to do for him just before Sukkot 1944.

He never asked the US government to save Jews from the Holocaust.

After he was rescued by the US in 1940, he asked the US to go back into Nazi-occupied Poland to save his silver items, his household goods, and his book collection – many of which were secular novels like Sherlock Holmes translated into Yiddish. (See Bryan Mark Rigg's book, Rescued from the Reich, for a detailed recounting of this. Also see this post and this post.)

Once in the US he joined and then walked out of the Vaad Hatzalah (Orthodox rescue organization) because it refused to give him a bigger share of the money it raised for rescue. (He wanted to keep every cent he raised for the vaad and use it as he saw fit, while all the other rabbis and rebbes agreed to pool every penny raised and use it for rescues that had the greatest chance of success.)

After he left the Vaad Hatzalah he started his own rescue organization but quickly proved to be a failure at rescue, in large part because the attorney who had worked in Washington, DC full time for months to arrange his rescue was never paid. The $5,000 he was owed was used by Lubavitch to buy the rebbe a house and pay for the upkeep of his small entourage. Without that lawyer, he had no way to be successful.

So he took the money he had raised to save Jews from Hitler and instead used it to open his Lubavitch hasidic yeshiva at 770 Eastern Parkway in Brooklyn.

No. Not at all. In all the records of the US Government during the war there are no letters or cables or other communications from him asking that Jews be saved. But there are letters from him to the president wishing the president well.

So the unholy 6th Rebbe of Lubavitch Rabbi Yosef Yitzchok Schneersohn, the Frierdiker Rebbe, the paradigm and prototype for Chabad's version of what and who the messiah will be and is, did not ask the US to save Jews. Ever.

But in 1944, as thousands of Jews were being burned in Hitler's ovens every day, Schneersohn did ask the US Government for one big favor – to get him a choice etrog (citron fruit) from Calabria, Italy and fly it to him in Brooklyn in the middle of a bloody war that was claiming tens of thousands of lives daily.

Chabad-Lubavitch venerates this immoral midget as a saint and as the prototype for this generation's 'messiah,' his son-in-law Menachem Mendel Schneerson, who did much to create that false aura of holiness around the memory of that immoral, selfish little man.

Please right click to open in a new browser window or tab to enlarge: 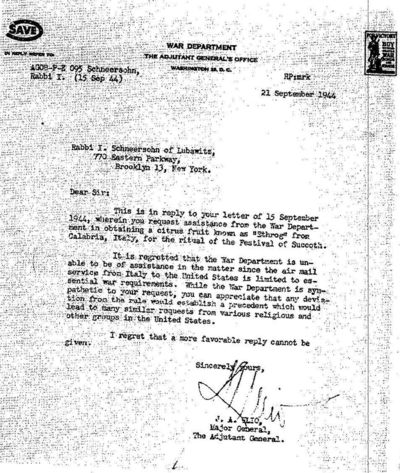 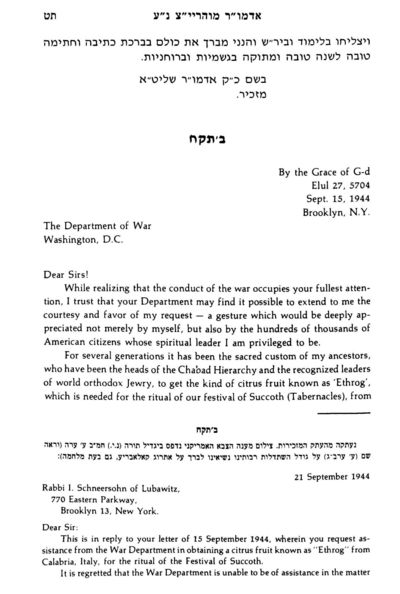 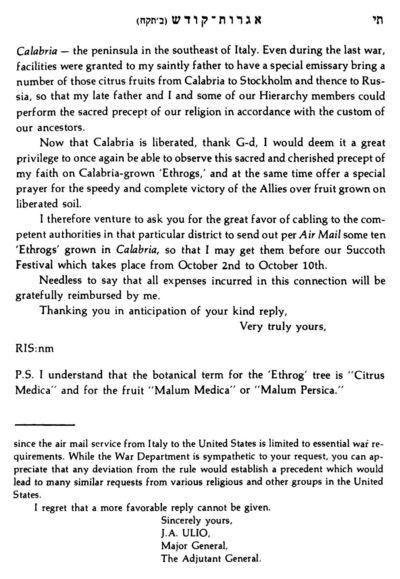 Most Chabad and the Holocaust Posts.

Chabad's paradigm for moshiach never asked the US Government to save Jews from the Holocaust. He used money he raised to rescue Jews and instead used it to start his Brooklyn yeshiva while thousands of Jews were being incinerated in Hitler's ovens every day. But there was something special the Lubavitcher Rebbe wanted the US to do for him just before Sukkot 1944.