« According to Israel’s Interior Ministry, Having Smicha From An American Rabbinical School Does Not Sufficiently Prove Jewishness To Get Citizenship Or Extended Visas | Main | Haredi Soldiers Arrested For Allegedly Harshly Abusing Detained Palestinians »

Accused Pedophile Malka Leifer Carefully Chose And Groomed Her Many Victims, And Now Faces 74 Criminal Charges In Australia – If She Is Ever Extradited From Israel 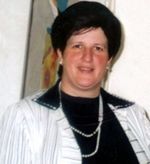 Perhaps unsurprisingly, the religious outlook of Sarah, a pseudonym for one of Leifer's alleged victims, has changed drastically since the abuse began. “Honestly, I don’t know if I believe in God now, because after everything that has happened to me, I don’t know that there can be a God.”

SBS Australia has a long interview with one of the alleged victims of Malka Leifer. Leifer fled to Israel in 2008 with the help of the board of the über-haredi Adass Israel school, where she worked as principal, and is currently fighting extradition.

Israel's often-ludicrous justice system is dragging its heels, likely trying to delay the extradition long enough that it will become moot – like it did with notorious accused child rapist Avrohom Mondrowitz, a Gur (Gerrer) hasid who was protected by top Gur leadership, including the Gerrer rebbe at a time when Gur was the most politically powerful haredi grouping in Israel and controlled the Agudat Israel political party, which now makes up half of the Ashkenazi haredi United Torah Judaism Party, which is part of the ruling coalition. Gur is also allegedly backing Leifer.

Here's an excerpt from the much longer and very interesting SBS report:

…Sexual education exists only in the form of a special lesson administered by a community member – with a strict focus on procreation – after a young man or woman is already engaged.

Sarah [a pseudonym for one of Leifer's alleged victims] recalls reading Enid Blyton books at school, where every third or fourth paragraph would be missing a word. Sarah read the whole of The Magic Faraway Tree without knowing the names of two main characters: Dick and Fanny.

“We wouldn’t have even known what ‘Dick’ was supposed to mean, because we didn’t know what a dick was,” she tells me. “Their crossing it out only made us more inquisitive, but biology wasn’t even a subject.”…

Extradition proceedings finally commenced in September 2014, when Leifer was placed under house arrest in Israel, but in the year that has passed, there still has not been an initial hearing. On July 15 this year, Leifer’s lawyers successfully argued for yet another delay, on the basis that she is suffering from “psychosis and stress”.

Lawyer Yehuda Fried said: “The Israeli law confirms that anyone in a psychotic state cannot be subject to legal proceedings”, telling reporters he was willing to spend years fighting the extradition and would appeal to the Israeli High Court if necessary.

[Australia's] Attorney-General George Brandis’s department has confirmed that if returned to Australia, Leifer will face prosecution for 74 sexual assault offences against her students in her time at Adass Israel School.…

Sarah had seen that the only other way to escape her life was to be married, and begged her older sister to help arrange a match for her. Sarah met her husband-to-be only three times before they were married, in supervised half-hour visits where they would discuss “what role religion would have in our lives, and what kind of wife I would be”.

Following the wedding, the young couple moved overseas, as Sarah’s husband continued his religious studies. Five weeks after the wedding, Sarah was raped outside her house, near a building site.

“I didn’t actually tell my husband straight away,” she says, “and when I did, the next day, he got really, really angry. He blamed me, saying the way that I was dressed caused the rape.”

Sarah was wearing the traditional attire of a newly-married woman: a long skirt, long top, a wig to cover her hair, and no makeup. “Everything was completely covered, you couldn’t see a thing,” she says.

“My husband took me to five or six rabbis, and without making eye contact with me, they made me sit next to my husband and told me that I should have dressed more modestly, and that my husband should tell his wife that she needed to wear clothes that were two sizes too big for me, and that if I had, this wouldn’t have happened.”

The anger Sarah felt at this moment, she says, is indescribable.

“I’d just been raped,” she spits. “Instead of understanding me, my husband had taken me to people to tell me that it was my fault, and what I was doing wrong.”

The marriage deteriorated quickly and was never consummated. Sarah moved back to Melbourne and this, she says, “is when I realised I didn’t give a shit about what anyone in the community thought about me”.

Perhaps unsurprisingly, Sarah’s religious views have changed drastically over the past decade.

“Honestly,” she says, “I don’t know if I believe in God now, because after everything that has happened to me, I don’t know that there can be a God.”…

Accused Pedophile Malka Leifer Carefully Chose And Groomed Her Many Victims, And Now Faces 74 Criminal Charges In Australia – If She Is Ever Extradited From Israel

Perhaps unsurprisingly, the religious outlook of Sarah, a pseudonym for one of Leifer's alleged victims, has changed drastically since the abuse began. “Honestly, I don’t know if I believe in God now, because after everything that has happened to me, I don’t know that there can be a God.”