« Chag Samayach! | Main | Sefardi Chief Rabbi Of Jerusalem Calls Homosexuality An “Abomination” That Must Be Fought » 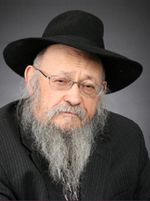 The Chief Rabbinate rejected the conversion because Feller, who is in his mid-70s, does not have dayanut (Yadin Yadin; the higher level of ordination necessary to serve as a beit din [Orthodox religious court] judge in Israel).

But halakha (Orthodox Jewish law) does not require dayanut for conversion. In fact, it doesn't even require the beit din be made up of rabbis of any level of ordination. According to halakha, any three shomer shabbat Jewish males can technically for an ad hoc beit din and authorize a conversion.

The haredi-controlled Chief Rabbinate wants more than what halakha requires. But its 2008 deal with the RCA allows for the RCA's conversion beit din system to vet and approve conversion candidates brought to it by approved rabbis like Feller from smaller communities, like St. Paul, that don't have a special designated RCA conversion beit din.

The problem is that the Chief Rabbinate has never honored that agreement, which was basically a sham that allowed right-wing RCA rabbis led by Hershel Schachter to push out more moderate rabbis and gain complete control over Yeshiva University and other institutions of Modern Orthodoxy in the US – just like I wrote in 2008 (and even before that). In return, the Chief Rabbinate expanded its power outside Israel for the first time.

In this case, Feller– who studied in Torah Vodaas for several years but left it to spend two years or so in Chabad's 770 yeshiva, where he got smicha – prepared the woman for the conversion, which took place (if the Jerusalem Post's report is correct) in 2010 in the Twin Cities and was ratified by the head of the RCA's conversion court system, Rabbi Gedaliah Dov Schwartz in Chicago immediately afterward.

The woman, who is now 24 years old, had the conversion rejected by the Chief Rabbinate when, after making aliyah, she tried to get married in Israel this year.

A lawyer working with ITIM, a nonprofit that helps Israelis navigate the byzantine state religious bureaucracy, was in the office of the Tel Aviv city rabbinate and overheard the woman (whose family name is Hauna but whose first name is inexplicably missing from the Post's report) pleading to get her conversion ratified so she could marry. ITIM interceded and helped the woman, and her conversion was finally approved.

Rabbi Itamar Tubol, the director of the Chief Rabbinate’s Department for Matrimony and Conversion, is the official who rejected Hauna’s conversion. Tubol, who has previously been exposed as an insensitive and incompetent civil servant, works under the direction of Sefardi haredi Chief Rabbi of Israel Yitzhak Yosef.

Tubol’s rejection letter said that “after verification and clarification the conversion needs to be checked by a rabbinical court as to the essence of the matter.”

The Chief Rabbinate told the Post that Feller was not authorized to serve as a rabbinical judge. It also said the various people Tubol spoke with were unaware Feller was doing conversions.

“I converted in an Orthodox way, but this bureaucracy caused a  lot of unnecessary stress, and clearly the way they are working is inefficient, unprofessional, and causes a lot of heartache for many people, not just me, and it doesn't have to be like this," Hauna told Post.

Modern Orthodox Rabbi Seth Farber, who heads ITIM, said this incident was another in a long line of incidents that demonstrate the Chief Rabbinate's insensitivity.

“The Chief Rabbinate is exporting its values and trying to superimpose them on US Jewish life, and represents a further fissure between the Israeli rabbinate and the Jewish world, showing that it cannot even find common cause and commonality with Orthodox Jewry in the Diaspora," Farber reportedly said.

Feller is perhaps best known outside Chabad circles as the rabbi who gave Sandy Koufax a pair of tefillin after Koufax declined to play in a 1965 World Series game that fell on Yom Kippur.