« Picture Of The Day: Unusual Haredi Sukkah | Main | The Section Of The Torah Many Haredi Rabbis Ignore » 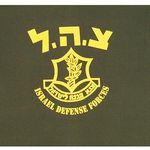 Two Zionist Orthodox soldiers in the IDF’s Givati Brigade disobeyed a direct order to drink water on Yom Kippur and were subsequently punished.

Two Zionist Orthodox soldiers in the IDF’s Givati Brigade disobeyed a direct order to drink water on Yom Kippur and were subsequently punished, Yeshiva World reported based on a report in Walla! News.

The soldiers were stationed in the West Bank in a platoon with first-call emergency status, meaning if any emergency were to take place in its sector, that platoon would be the first platoon mobilized.

The platoon commander ordered all soldiers to drink a minimal amount of water so they would not be dehydrated and would be able to properly and immediately respond if necessary. All of the soldiers except for the two drank water.

The disobedient soldiers claimed they would drink water if truly necessary. But because the platoon was not engaged in any combat or related frontline type of action, they said they saw no reason to drink any water at that moment. However, if the platoon is called into action, the two said, they would immediately drink the water. Until then, they would not break their Yom Kippur fasts.

The two disobedient Zionist Orthodox soldiers were subsequently ordered to remain on base without leave for 30 consecutive days, prompting a family member of one of the two soldiers to call the punishment “absurd” in an interview with Walla! News and claim that in a Jewish state, Jewish soldiers should be able to fast on Yom Kippur and should not be punished for doing so.

Two Zionist Orthodox soldiers in the IDF’s Givati Brigade disobeyed a direct order to drink water on Yom Kippur and were subsequently punished.