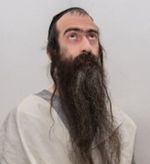 Eleven Israeli police officers, including the chief of Jerusalem's police and two district commanders, were disciplined today for their failures in protecting the Jerusalem Gay Pride Parade July 30.

Eleven Israeli police officers, including the chief of Jerusalem's police and two district commanders, were disciplined today for their failures in protecting the Jerusalem Gay Pride Parade July 30, Reuters reported.

At the parade, haredi terrorist Yishai Shlissel (sometimes spelled Schlissel) stabbed six people. One of them, 16-year-old Shira Banki, died from her wounds.

Shlissel served ten years in prison for a similar stabbing attack at the 2005 Jerusalem Gay Pride Parade and was only released from prison in early July of this year.

On his release, Shlissel resumed his homophobic activity and publicly urged other Jews to rise up and join him in stopping the “abomination” parade to protect the “sanctity” of the city and the Jewish people.

But despite a radio interview and leaflets written by Shlissel and distributed in haredi synagogues in the city and elsewhere, police failed to keep Shlissel under surveillance, and then failed to stop him from calmly walking up to the parade, joining marchers for a moment or two and then beginning his stabbing attack.

Seven of the officers were reassigned but not formally reprimanded.

But four police officers were formally reprimanded due to what Internal Security Minister Gilad Erdan (Likud) called the "grave events which could have been prevented.” Erdan also said the punishments against the four officers were "on an unprecedented scale" of severity.

Some of the reassigned officers were barred from promotion or command positions for periods of between five and seven years as part of their punishment.

According to Ynet, here is a list of officers who were disciplined:

• Maj.-Gen. Moshe Edri, Commander of the Police's Jerusalem District, was reprimanded. Edri was held responsible in part because there wasn't a clear division of responsibilities among the different sub-districts under his command, and that led in part to the failures of security at the parade.

• Brig.-Gen. Efraim Habibian, the Commander of the Zion sub-district, was reprimanded, primarily due to failures in intelligence gathering and processing.

• Brig.-Gen. Kobi Davidian, the commander of the Moriah sub-district, was barred from being promoted for the next five years and is not allowed to hold command positions in the future. The parade attack occurred in his jurisdiction and he was held responsible for failings of the officers under his command.

• Chief Supt. Doron Moshe, the head of the intelligence branch in the Jerusalem District Police, was reassigned and barred from promotion to any operational or command positions for the next seven years and may never hold any intelligence positions in the future.

• Chief Supt. Shai Hilleli,the head of the operational branch of the Central Unit of the Israel Police, was reassigned and barred from holding operational positions for five years. His officers were responsible for identifying suspicious individuals in the area near the parade but completely failed to identify Shlissel, who looks almost identical to his 2005 photos and along with a long beard and peyot was wearing typical haredi garb at the time of the attack.

• Supt. Tzachi Halfon, the head of the Moriah sub-district's intelligence and detection office, was reassigned. Among other failings he did not carry out direct orders meant to protect the parade.

• Chief Inspector Oleg Golend, the commander of Section B of the parade route, was reassigned. He was also barred from holding command positions for five years.

• Supt. Doron Shalom, the head of the reporting and coordination center, was reassigned. He was also barred from admission to the commanders' course.

• A Border Policeman stationed at the roadblock on Washington Street was reassigned and has been barred from holding any command positions in the future.

Eleven Israeli police officers, including the chief of Jerusalem's police and two district commanders, were disciplined today for their failures in protecting the Jerusalem Gay Pride Parade July 30.