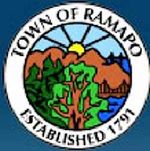 "We believe if the town had acted honestly and not tried to deceive, the propositions would have passed."

Voters in the own of Ramapo in Rockland County, New York narrowly defeated two referendums, the first of which would have converted the current at-large town council to a ward system, the Journal News reported. The results – 15,581 against, 14,687 for – were only announced today, even though the actual election took place September 30, 2014 – almost 11 months ago. 15,648 votes were also cast against a proposition to reduce the number of council members from six to four. 14,644 voted in its favor.

The machine and absentee ballots cast in this bedroom community located about 40 miles north of New York City reportedly favored switching to a ward system. The proposition only lost once what the Journal News calls 2,299 “controversial and contested” affidavit ballots were counted.

"We believe if the town had acted honestly and not tried to deceive, the propositions would have passed," Michael Parietti of citizens rights group Preserve Ramapo reportedly said, adding that the group would likely file an appeal of the election results.

Non-registered residents were permitted to vote by affidavit in the referendum, but many pro-ward activists say pro-ward voters were often denied affidavit ballots. They also claim Town Clerk's Office failed to notify poll workers about the rules – a move that favored haredim and other anti-ward groups.

In October, a New York State Supreme Court justice invalidated the September referendum and order that a re-vote be held. But that ruling was overturned by an Appellate Division panel that ruled the votes had to be counted first. Only after that was done could the lower court decide on the validity of the votes cast and the election process.

"We believe if the town had acted honestly and not tried to deceive, the propositions would have passed."