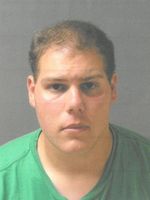 "In the summer of 2014, JCC camp supervisory personnel received a communication from a camp counselor which raised inappropriate conduct by the counselor who ultimately was charged with criminal wrongdoing," Michael Layne, a spokesman for the Jewish Community Center, said in a statement. "The information reported was not passed on to senior JCC management. Supervisory personnel who did not act on this communication have been terminated. We have shared this information with licensing officials in Lansing and with the West Bloomfield police department." Layne also claimed the JCC’s top staff only discovered this information last Friday and is conducting its own internal investigation.

Assistant U.S. Attorney Sara Woodward said last week that federal investigators believe that some of the photos taken by Kuppe were of three 5-year-old boys and were shot earlier this month at a camp overnight. Kuppe allegedly posted them on a Russian website  “frequented by individuals with a sexual interest in children.” The online folder Kuppe allegedly created and then posted the photos to is titled "Jewish boys.”

The JCC reportedly terminated three other employees Wednesday over their mishandling of the Kuppe case.

In an email exchange with an undercover agent, Kuppe, allegedly using the screen name “jcclockerroom@gmail.com” wrote that he sexually abused one of the boys in the photos.

“I only get to touch him a few times,” jcclockerroom@gmail.com wrote. He then graphically described the boy and added, “I have more pics, but you need to send me some first…What would you do to these little boys[?] (be graphic.)”

Court filings reportedly say Kuppe also described how he sexually abused the boy when the boy was changing out of his clothes. Kuppe also said he planned to fellate the boy and added, “I also purposely dropped something, and made him pick it up [while nude].”

West Bloomfield, Michigan Chief of Police Michael Patton said his department is looking into the allegations against Kuppe to see if there can be any state criminal charges leveled against him.

"We’re looking at a number or things over there. There were some allegations that something was reported to some of the staff last year. Whether that has something to do with the current investigation, we're looking at everything. We're not saying that there's no substance to it. Someone raised a red flag…Our concern is, is this something that has evidentiary evidence?" Patton said, adding that his investigators are still trying to determine if there are other children who are potential victims.