London’s top haredi rabbis have issued a fundraising appeal for the Lev Tahor haredi cult. Lev Tahor allegedly forces children to marry well before the age of legal majority, uses grotesque physical and emotional punishment to force conformity (including forcing followers to take psychotropic medications), and abuses both children and adults in other ways, as well. The cult has also repeatedly lied to government authorities in several countries and is headed by a convicted kidnapper.

Nonetheless, Rabbis Ephraim Padwa; the head of Union of Hebrew Congregations' beit din (religious court); Elyokim Schlesinger (who backed accused sex offender Rabbi Chaim Halpern even after victims came forward to haredi rabbis and told about their alleged abuse); Yosef Binyomin Wosner, the head posek (religious authority) for the London branch of Satmar's Aharon faction (Wosner is the grandson of Shmuel HaLevi Wosner, who was the top posek, decisor of Orthodox Jewish law, for the non-Chabad hasidic world until his death several months ago);  Eliezer Dovid Freidman of Machnovka; and Dovid Halpern (brother of Chaim, the alleged sex abuser); have all signed a fundraising appeal for Lev Tahor.

Why are they helping this freakish, evil cult?

Because, the fundraising appeal says, “the wrath of the government suddenly fell upon them.” 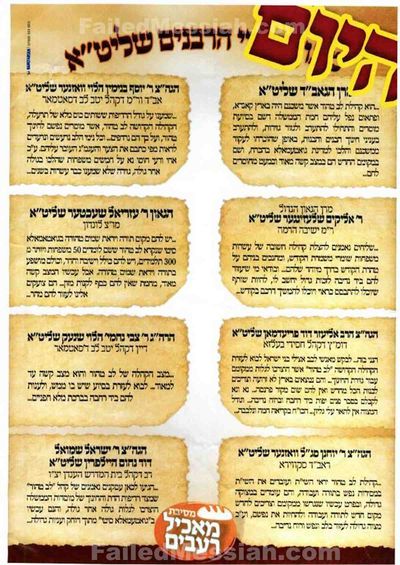