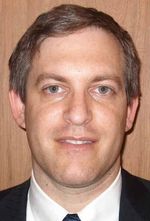 Shimon Schwab, a prominent 20th-century German haredi rabbi, argued that “a realistic historic picture” is good for “nothing but the satisfaction of curiosity.” Instead, “every generation has to put a veil over the human failings of its elders and glorify all the rest which is great and beautiful.” If that means doing without factually accurate knowledge, he continued, “We can do without.”

Above: Rabbi Dr. Marc B. Shapiro

The Forward has a review of Rabbi Dr. Marc B. Shapiro's new book, Changing the Immutable: How Orthodox Judaism Rewrites Its History.

…Consider, for example, a change made to the Shulhan Arukh, Yosef Karo’s authoritative 16th-century code of Jewish law. In discussing the pre-Yom Kippur ritual of kaparot, in which one’s sins are symbolically transferred to a chicken, Karo refers to the practice as a “foolish custom.” (Other authorities went further, calling it a pagan practice.) Although that comment appeared in the first 18 printings of the work, it disappeared in the 18th century and is still generally omitted — a decision based on the fact that kaparot is now a normative Jewish observance. But should this change in practice justify distorting the historical text of the Shulhan Arukh? The goal, seemingly, is to give the false impression that one of the most important legal authorities in Jewish history had no problem with a now-commonplace ceremony. And “If Karo is not safe from censorship,” Shapiro writes, ”I daresay that no text is safe.”

This observation was borne out a few months ago, when Shapiro pointed out on The Seforim Blog that the Orthodox publisher ArtScroll had deleted a passage from the 12th-century commentator Shmuel ben Meir, or Rashbam, in a new printing of the Mikraot Gedolot Bible. The problem? The Rashbam had interpreted Genesis 1:5 — “And there was evening and there was morning, the first day” — to mean that the day ends (and thus begins) in the morning, rather than according to the talmudic interpretation that the day begins (and also ends) at night.

In its defense, ArtScroll argued that those passages of the Rashbam were of dubious authorship and had been condemned as the work of heretics by Abraham ibn Ezra, another medieval commentator. Yet ArtScroll’s failure to alert readers to the omission (whose justification was not as clear-cut as they claimed) made it seem as though 21st-century editors had censored a medieval rabbi for arguing with the Talmud. In an even more egregious example, raised by Shapiro in “Changing the Immutable,” ArtScroll removed a comment by Rashi, one implying that the talmudic rabbis had themselves engaged in editing of the Bible — another verboten belief according to contemporary Orthodoxy. …

Shapiro examines the concept of lying in Jewish law, and shows how some authorities believed it permissible to lie in order to encourage obedience to rabbinic leadership. Shapiro warns us that these examples might be shocking, but he often seems to be defending Orthodox censorship by showing its consistency with traditional practice. Maimonides himself warns, in the introduction to his “The Guide for the Perplexed,” that not everything he wrote was the pure truth, but was still a “necessary belief” for the masses.…[Orthodoxy, especially haredism, has a] tendency of presenting itself as historically authentic, and of appealing to that authenticity as a source of authority, while simultaneously rewriting history to suit its own purposes. Indeed, this approach was explicitly recommended by Shimon Schwab, a prominent 20th-century German Jewish rabbi who argued that “a realistic historic picture” is good for “nothing but the satisfaction of curiosity.” Rather, he claimed, “every generation has to put a veil over the human failings of its elders and glorify all the rest which is great and beautiful.” If that means doing without factually accurate knowledge, he continued, “We can do without.”

It’s not hard to draw a line between this view and the tens of thousands of young men and women in Israel and the United States who are living lives of desperation and poverty in order to fulfill an ideal of piety and scholarship that is presented as an age-old ideal but is in fact a recent invention.…

If you view religion and the life decisions it asks followers to make through a rationalist lens, you'd expect that revelations like these would cause many people to leave haredi Judaism.

But very few people are haredi because they have made a rational choice to be so. Instead, they entered (or were born into) a cult, and cannot or are unwilling to overcome the cognitive dissonance that comes hand-in-hand with confronting the type of material Shapiro presents.

In other words, even if most rabbis were shown to be liars, many to be self-serving and some to be evil criminals; if ancient Jewish religious texts were disproved; if clear, hard factual evidence showed that the exodus from Egypt as described in the Torah never happened and that there was no ancient Hebrew nation or people until hundreds of years after the Torah purports one existed – even with all that, most haredim would remain haredi, would follow haredi customs and follow their rabbis and rebbes, even the ones who are actual liars or criminals. They would do so because they gave away their rational minds (or never had one to begin with) in order to find the comfort and belonging all religion gives, and they will not just profess to believe in their cult's fairy tales, they will believe in them, no matter how clearly false they are, because it is that belief that gives them comfort.

All that said, the lies, censorship and the motivations for them that Shapiro exposes is your Judaism. And that should bother you. But it likely won't.

All Marc B. Shapiro Posts.

Shimon Schwab, a prominent 20th-century German haredi rabbi, argued that “a realistic historic picture” is good for “nothing but the satisfaction of curiosity.” Instead, “every generation has to put a veil over the human failings of its elders and glorify all the rest which is great and beautiful.” If that means doing without factually accurate knowledge, he continued, “We can do without.”