« Todros Grynhaus Gets 13 Years In Prison For Child Sex Assaults | Main | London Hasidic School Tells Government It Refuses To Teach Secular Subjects; When Asked Why The School Responded, Because We Don’t Want To » 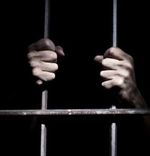 Yitz Grossman from Long Island, New York was sentenced to 60 months in federal prison July 6 for securities fraud. But the sentence came with a twist Grossman likely did not expect.

But this isn't Yitz's first brush with the law.

In 2005, Yitz was sentenced to 41 months in the Otisville federal minimum security prison camp (not to be confused with the adjoining medium security prison currently housing former Agriprocessors VP Rabbi Sholom Rubashkin and other Orthodox, haredi and Chabad inmates) for money laundering, conspiracy to defraud the government and tax evasion.

After Yitz was released from Otisville (the forum Club Fed) he gave an interview to a local paper and in it bragged about how easy prison life was.  The government brought that up during the sentencing phase of Yitz's current brush with the law, and the judge (as you can see in the sentencing order posted immediately below) made a recommendation to the Bureau of Prisons that Grossman not be sent to a minimum security prison camp.

Live and, one hopes, learn.

Yitz Grossman from Long Island, New York was sentenced to 60 months in federal prison July 6 for securities fraud. But the sentence came with a twist Grossman likely did not expect.