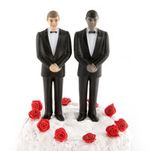 The Jewish Week has an extended article on JONAH, the dangerous unscientific "Orthodox" Jewish "conversion therapy" organization that promises gay men it can make them straight.

But JONAH can't really change the sexual orientations of people. It's methods, including lots of nude young men rolling around in the mud together (literally) and then showering together, are completely unsupported by research (which is in part why all major psychological and medical associations oppose "conversion therapy). And it isn't really Orthodox-led.

And as mounting evidence shows, JONAH and other "conversion therapy" outlets are dangerous, sometime causing extreme psychological damage to the gay men who desperately try to be straight through their guidance.

All of that didn't stop a whole slew of ignorant (and arguably delusional) Orthodox rabbis, from top haredi rabbis like Shmuel Kamenetsky to the Novominsker Rebbe Rabbi Yaakov Perlow, and prominent Centrist Orthodox rabbis like Yeshiva University's Hershel Schachter, from sending unsuspecting young men to JONAH.

JONAH was successfully sued by Chaim Levin and three other men in federal court in New Jersey for consumer fraud. The groundbreaking verdict against JONAH was handed down last week.

JONAH not only defrauded the men it claimed to be trying to help, it apparently defrauded gullible rabbis willing to believe anything so they could tell gay men there was a way to change, rather than have these rabbis in a position of having to deal with the idea that the Torah prohibits following deep desires these men can't erase.

Here's an excerpt from the Jewish Week's article:

Last week’s verdict against JONAH did not come as a surprise to Rabbi Samuel Rosenberg, the Orthodox rabbi and licensed clinical social worker who was co-director of JONAH from 1999 until around 2002, when he left due to “theological and professional differences,” particularly regarding the weekend retreats’ nudity and cuddling.  “I would not approve the methods,” Rosenberg told The Jewish Week.

Rabbi Rosenberg and Goldberg clashed over the boldness of Goldberg’s claims.

“Mr. [Arthur] Goldberg insisted that he wanted to publicize the claim that he can assure anyone who comes through his doors that he can ‘cure’ them, quote unquote,” Rosenberg said. “My position was that it’s totally unethical to guarantee it, as with any psychotherapy. And also, that the term ‘cure’ is totally inappropriate in this context, because I would not call it an illness.”

Goldberg and his attorney did not respond to multiple requests for comment.

Rabbi Rosenberg said he was also troubled by Goldberg’s efforts to marshal Orthodox rabbinic support for JONAH through adopting calculated, Torah-friendly language while concealing the fact that he is not personally Orthodox.

Within months, language from that article appeared in the Torah Declaration.

Some rabbis have successfully had their signatures removed from the document, like Rabbi Dr. Martin Schloss, director of the Jewish Education Project’s day school division. Others have hit a brick wall.

Rabbi Simcha Feuerman, a licensed clinical social worker and president of Nefesh, the International Network of Orthodox Mental Health Professionals, said he initially signed the declaration because he thought it “was merely a stance on the idea that sexual orientation is not absolute” and that some motivated clients could “find a healthy way to manage heterosexual relationships.” However, he later took issue with the document’s “unequivocal language that all homosexuals can be treated with today’s available clinical expertise.” Despite asking to be removed several times, he said, his name remains on the website.

According to plaintiff Chaim Levin, however, even Rabbi Kamenetsky has privately expressed doubts about the Torah Declaration.

Levin said he met the rabbi two years ago and “saw the pain in his eyes as I recounted my experiences in conversion therapy and JONAH. He asked me for forgiveness and said that the document ‘needs to be changed.’ To date, nothing has, and Rabbi Kamenetsky has remained silent.”

Rabbi Shmuel Kamenetsky's role in this should come as no surprise. He and and his wife are also leading anti-vaccine campaigners and Kamenetsky has repeatedly proved himself unable to understand the basic science of these issues or even to treat that science with any respect. Instead, he first decides what he wants to believe and then excludes all evidence that does not conform with that belief.