« Another Unregulated Haredi Check-Casher, Money-Changer Goes Out Of Business As What Could Be Another Haredi Ponzi Scheme Collapses | Main | Official Haredi-Controlled State Rabbinical Court Blocks Mother From Seeing Her Children Because She Is Now Secular » 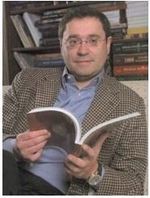 "…Mr Adamovsky’s civil litigation over a commercial dispute is totally unrelated to the World Jewish Congress or the Jewish community of Ukraine.…"

A vice president of the World Jewish Congress defrauded former business partners out of $34.7 million (£22.3m), a civil court in the British Virgin Islands reportedly ruled.

The verdict in the 5-year legal fight was handed down against 53-year-old Andrey Adamovsky in October, The JC reported, but Adamovsky has still not repaid his victims seven months later.

Adamovsky was born in what is now Kyrgyzstan but was then a par tof the Soviet Union. He is co-president of the Association of Jewish Organisations and Communities in Ukraine, which The JC describes as a “rabbi’s council.”

One day before the money from the sale of Oledo Petroleum’s share in a Ukrainian petrochemicals company, Vik Oil, Adamovsky reportedly ended shareholder Andriy Malitskiy’s powers over a joint bank account. Adamovsky then took the $71.6 million from the sale – only half of which was his – and put it in his Stockman Interhold SA corporation. And then he refused to give any of that $71.6 million to Malitskiy.

Prosecuting attorney Martin Kenney reportedly said it was “unconscionable” that a proven thief could still represent the WJC.

“It’s shocking to me that a reputable organization like the WJC would make such an appointment,” Kenny said.

The WJC lashed out at critics, including Kenny.

"Mr. Adamovsky is a member of the WJC Executive by virtue of having been being elected co-chairman of the Vaad of Ukraine, which under the WJC Constitution automatically makes him an ex-officio member of the WJC Executive Committee. Mr Adamovsky’s civil litigation over a commercial dispute is totally unrelated to the World Jewish Congress or the Jewish community of Ukraine. It began and ended well before he became a member of the WJC Executive Committee in March 2015. Mr. Adamovsky, like all other ex-officio vice-presidents of the WJC, only speaks on behalf the WJC when explicitly mandated to do so by the WJC president or the CEO,” a WJC spokesperson told The JC – meaning the WJC allowed Adamovsky to sit on the its board shortly after Adamovsky lost the suit, was sharply reprimanded by the court, and then failed to repay what he illegally took.

"…Mr Adamovsky’s civil litigation over a commercial dispute is totally unrelated to the World Jewish Congress or the Jewish community of Ukraine.…"