« Sefardi Haredi Kabbalist Must Return To Israel By Tuesday For Criminal Court Date, Despite Claims Of Illness, Court Rules | Main | Memory Of Elderly Greek Rabbi Who Saved Hundreds Of Jews During Holocaust, Led Partisans, To Be Honored This Week » 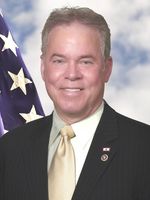 “Ed Day makes the Jewish community feel very uncomfortable — he encourages anti-Semitism,” Rabbi Ronnie Greenwald, president of the Jewish Community of Rockland County, reportedly claimed. Greenwald’s organization is deceptively labeled as “Jewish” with no modifiers, even though all its approximately 100 member synagogues are haredi or Orthodox.

Greenwald presents himself as an anti-child-sex-abuse activist. But he only backs reporting known child sex abuse (raglayim l’davar in halakhic terms) – when an abuser is caught in the act by adult witnesses, for example, or when there have been multiple allegations made against an alleged abuser by several people over an extended period of time – to police. In other more common cases – a first or second accusation made by a child or children against a respected haredi community member, for example, in which no adult has seen the alleged abuse take place – Greenwald has allegedly spent years not reporting the alleged child sex abuse to police. Instead, Greenwald tries to resolve most of those cases internally within the haredi community – a path that is not only often ineffective, but which is arguably illegal, as well.

Local haredim in Rockland County have been attacking Ed Day, the county’s executive, since he ran for office in 2013 on a platform that in part opposed special treatment for the haredi community. Some of that special treatment was later exposed by a state fiscal monitor’s report which found that a local haredi-controlled school board had repeatedly violated state open meeting law and was discriminating against non-haredim in a variety of ways.

A local Facebook page, “Block the Block Vote,” has been criticized for allowing anti-Semitic comments to be posted, and in response the owner of the page, James Foley, removed those comments and issued a new policy banning future hate speech.

But even though anti-Semitic comments were only a tiny minority of comments posted on that Facebook page, haredim have been quick to label Foley and almost everyone else who comments there “anti-Semites” or supporters of anti-Semitism.

An unidentified source reportedly sent the Post a screenshot allegedly of a February 12 comment by Day that linked to a Rockland County press release about the planning department’s disapproval of high-density housing in the town of Ramapo. This, the unnamed source claimed, proof that Day is “involved and coordinating” posts on the purportedly anti-Semitic Facebook page. If you have a public employee [Foley, who is a county social worker] who has been vitriolic against the Orthodox community in cahoots with the county executive — that’s a scandal statewide,” the source claimed.

Day told the Post the screenshot is “an absolute forgery.” He also said he has never posted anything to that Facebook page and has never had a conversation with it’s owner, Foley.

The Post then went on to describe a more recent Facebook post by Day, who “in a recent Facebook post on his personal page…blasts the ‘desecration’ at a 9/11 memorial at Haverstraw Bay Park after a photo emerged of an Orthodox family standing around as at least one of their kids sits on the ‘sacred site.’”

But the Post fails to make clear that Day specifically wrote this not the problem of one group or one religion, and that he added that the county was looking into adding signage – presumably in English, Yiddish and Spanish – to explain what the memorial is and set down clearly posted rules prohibiting its mistreatment.

The photo in question went viral and drew condemnations of haredi misbehavior from a wide variety of people – including from the editor of the haredi news blog Yeshiva World, which posted the photo along with an editorial blasting the disrespect shown by far too many haredim for the wider society they live in, calling such behavior a “Chillul HaShem” (desecration of God’s name). The editor also listed a series of similar public bad behavior by haredim he had personally witnessed during this Passover alone. That editorial was widely commented on and was even covered by some secular media. The Post, however, does not report it – even though the reporter is also one of the Post’s weekend editors.

The Post also fails to mention the widely condemned video, The Jew in Rockland County, produced for hasidic PR flack Yossi Gestetner’s OJPAC and released late last month. The video equates treatment of Jews in Rockland County with the Holocaust and with the kosher supermarket terror attack in Paris earlier this year, and is narrated by a person who sounds exactly like Aharon Wieder, the hasidic politician who heads the Rockland County legislature. After the video was widely condemned outside the haredi community even by non-Orthodox Jewish community leaders, Wieder issued a widely disbelieved denial in which he said he did not narrate the video or have anything to do with it.

Many opponents of the haredi community are non-Orthodox Jews. Others are non-Jews. All have seen their semi-rural suburban town turned into high density haredi neighborhoods and villages (a legal fiction employed by New York State; most of these “villages” are relatively new entities that exist within the boundaries of existing towns or directly abutting them) and who have seen their children’s public schools gutted by a haredi community which bloc votes and controls the school board but which does not send its children to public schools.