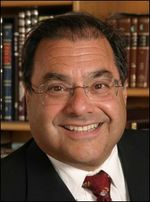 According to Rabbi Shlomo Riskin, his previous remarks linking US President Barack Obama with Haman, the biblical archenemy of the Jews from the Purim story, were misunderstood. Obama isn't Haman, Riskin now says.

The JTA reports that Rabbi Shlomo Riskin, the former top rabbi at the Modern Orthodox Lincoln Square Synagogue on the Upper West Side of Manhattan who or the past three decades has been the chief rabbi of the West Bank town of Efrat, walked back his comments, made Saturday night, that US President Barack Obama is Haman, the biblical archenemy of the Jews. Haman is considered in rabbinic texts to be a descendant of Amalek, the biblical nation Jews are commanded to utterly wipe out in every generation – something Riskin certainly knew when he made his remarks.

Riskin was hit with a a lot of criticism (and, perhaps, a visit from some of the FBI agents stationed in Israel, although this is not clear), and he now insists he didn't mean what he clearly said.

First, here's Riskin's clarification as told to the JTA early this morning:

In an interview Wednesday, Riskin, the American-born chief rabbi of the West Bank settlement of Efrat and the founder of New York City’s Lincoln Square Synagogue, told JTA that Obama “is causing Israel to be existentially endangered” in his pursuit of a nuclear deal with Iran. But the president, Riskin said, is not the equivalent of Haman.

“Let me make it very clear: Haman is not, God forbid, President Obama,” Riskin told JTA. “Haman is Iran. My problem is President Obama seems to be making a deal that is very problematic with that Haman, and at the same time leaving Israel without a protector.”…

Riskin said he meant only to compare the personal animosity between Obama and Israeli Prime Minister Benjamin Netanyahu to the hate between Haman and Mordechai, the Jewish hero of the Book of Esther.

“What happened with Persia was because Haman was personally piqued by Mordechai, he took it out on the Jewish people,” Riskin said. “That seems to be what was happening in America. President Obama was personally piqued when Netanyahu accepted an invitation from the Congress to speak. He said that would cause him to rethink the entire relationship of the United States to Israel.”

In an email to JTA after the interview, Riskin again emphasized that there is “no comparison” between Obama and Haman.

…“The President of the United States is lashing out at Israel just like Haman lashed out at the Jews. I’m not making a political statement. I’m making a Jewish statement,” Riskin said.

A woman in the audience reportedly shouted out that Riskin was being disrespectful to the president. She was loudly booed by the crowd.

“I am being disrespectful because the President of the United States was disrespectful to my Prime Minister, to my country, to my future and to the future of the world,” Riskin responded.

As for Netanyahu’s snub of Obama with his speech in the well of the US Congress that alienated many Democrats – even many Jewish Democrats – Riskin said he was “proud” of Netanyahu for giving the speech “even if” the speech – which was arranged behind the president’s back – “angered Obama.”

Riskin also reportedly claimed that Netanyahu – who is despised by the vast majority of Israeli politicians for all parties who consider him to be self-serving, manipulative and dishonest – is like Mordechai of the biblical Book of Esther because just as Mordechai was focused on saving the Jews of Persia from destruction in biblical times, Netanyahu is focused on saving Israel and the world from destruction today.…

According to Rabbi Shlomo Riskin, his previous remarks linking US President Barack Obama with Haman, the biblical archenemy of the Jews from the Purim story, were misunderstood. Obama isn't Haman, Riskin now says.