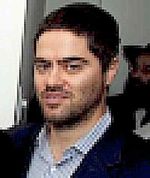 Families and supporters of seven Park Slope seniors cheered the recent decision by a Brooklyn judge to appoint a temporary receiver for their embattled Park Slope assisted living facility owned by prominent Chabad hasid Haysha Deitsch. Deitsch's sister Rivka Marga Gestetner is married to one of Chabad's most prominent rabbinic emissaries in Jerusalem, and his parents were very wealthy pillars of the Crown Heights Chabad-Lubavitch community.

The Brooklyn Eagle has a very long and thorough report. Here's an excerpt:

…families and supporters of seven Park Slope seniors cheered the recent decision by a Brooklyn judge to appoint a temporary receiver for their embattled Park Slope assisted living facility.

The seven seniors are the only ones left at the Prospect Park Residence, once a well-regarded and comfortable home for the elderly. But it has been left shabby and without services by its owner, [prominent Chabad hasid] Haysha Deitsch, who has been trying to sell the property to a developer.

Deitsch bought the building in 2006 for $40 million. He made an agreement in January 2014 to sell it for $76 million, but the deal fell through after the residents dug in their heels.

Brian Rosenman, a nursing home operator and developer nominated by the state Department of Health, was appointed as receiver for a term of six months.

On Friday, a spokesperson for the facility told the Eagle, “The ownership of Prospect Park Residence will honor the recommendation of the court with regard to the seven remaining residents.”

Most of the original 122 residents – some more than 100 years old -- left involuntarily. They included Holocaust survivors, artists, one of the original Tuskegee Airmen, former union organizers and celebrated authors. A number have died since being forced out, including Lillian Marks, age 107. Marks, an adventurous world traveler who published a best-selling typing book, was the oldest living graduate of NYU.

Those who remain range in age from 88 to 99 years old and have various disabilities. They say that Deitsch did not abide by State Supreme Court Justice Wayne P. Saitta’s orders to restore services, and the facility has become unhealthy and disgusting.

Families complained of peeling paint, rooms that were closed off and left unheated, water pouring through leaks in the ceiling, and rotten fruit and cheap food instead of special diets. In January the place became infested with bedbugs.

“It’s terrible, people are getting sick over it,” resident Ruth Willig, age 90, told the Brooklyn Eagle in April 2014. “I love being here. When I hear about places other people have gone, they’re not as good. They should take age into consideration and not treat us like garbage.”

Justice Saitta wrote in his April 10 decision that Deitsch had failed for two years to fix fire safety violations found by the state Department of Health (DOH). The facility had also neglected to renew its license.

This was on top of “the many violations relating to food service, sanitation, unauthorized use of space at the facility and case management,” Justice Saitta wrote.

Residents have been fighting their eviction with the help of the Legal Aid Society, MFY Legal Services and pro-bono representation from Fitzpatrick, Cella.

Judith Goldiner, who heads the Law Reform Unit of the Civil Practice of the Legal Aid Society, told the Brooklyn Eagle she was happy “that the landlord will not be running the facility. We hope that the receiver will restore services and make the lives of the remaining residents better.”

But she did not mince words about DOH’s stewardship of the residence. “We are very unhappy at DOH's complete failure to ensure that the residents have proper care and ensure that the landlord provides services to which the residents are entitled.  We cannot fathom why DOH would rather serve the interests of an unscrupulous landlord then the needs of elderly disabled residents.”

The seniors will still eventually be required to move elsewhere, but the ruling requires that a new closure plan must take into account their needs and preferences.

“Anyone who thinks this is about a big settlement is mistaken,” Sandy Reiburn, the daughter of a former resident, told the Eagle. “These fragile folks feared moving, and this must be a landmark case to warn both real estate owner/operators as well as a complicit Department of Health that if they mess with old people to churn their profits, they will pay.”…

Councilman Brad Lander (D-Cobble Hill-Gowanus-Park Slope) said last year that the eviction of the seniors was “a truly evil act by Haysha Deitsch. And it’s a moral indictment not just of Deitsch but the society in which this happens.”

Among those named in the lawsuit was David Pomerantz, the former administrator of the Prospect Park Residence who was in charge while the residence was racking up violations, family members told the Eagle.

Pomerantz currently manages a yet-to-open luxury assisted-living complex in Westchester County called the Ambassador of Scarsdale, according to the Journal News…

As receiver, Rosenman will have the authority to collect incoming payments and use that money to operate the facility. If those funds are not enough to cover what needs to be done, DOH will front the money, with Deitsch on the hook to pay the state back. Rosenman will receive a fee from DOH.

Chabad Hasid-Owned Eldercare Facility To Pay Almost $1 Million To Family Of Judge It Allegedly Isolated, Imprisoned – And Froze To Death.

Families and supporters of seven Park Slope seniors cheered the recent decision by a Brooklyn judge to appoint a temporary receiver for their embattled Park Slope assisted living facility owned by prominent Chabad hasid Haysha Deitsch. Deitsch's sister Rivka Marga Gestetner is married to one of Chabad's most prominent rabbinic emissaries in Jerusalem, and his parents were very wealthy pillars of the Crown Heights Chabad-Lubavitch community.