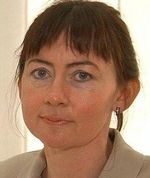 A top British coroner claims she has been harassed and left exposed to possible violence by haredim upset over her office’s autopsies of Jewish victims, The Mail reported today.

Haredim believe that burial must take place on the same day as the death (or, at the very worst, worst within three days of it). They also oppose autopsies because in their view they desecrate the dead body. While other Orthodox Jews share the need for rapid burial, they are more liberal on autopsies, allowing them in cases where a cause of death is not clear and where they might save the lives of others, or in cases of potential homicide.

In Britain, when a doctor cannot note a definite cause of death and sign the death certificate, the body cannot be released for burial until a coroner determines if a post-mortem examination is needed. That process of evaluation can reportedly take several days.

In a letter written by Hassell to her superiors and reportedly seen by The Mail today, she says that police had to be called when 60 haredim refused to let undertakers take remove a newly-deceased person’s body. She says she has been falsely accused of anti-Semitism and says the situation is becoming “volatile.”

Hassell also noted that non-haredi and non-Jewish families in the North London area she serves are “suffering” because of the special treatment she is forced to give to haredim and the extensive amount of time that takes.

“I look forward to hearing how you intend to support those who work within the service for which you have statutory responsibility, and protect them from bullying, intimidation and the threat of violence,” Hassel reportedly wrote.

Haredim claim thy are being ‘traumatized’ Hassel and are suing as a result.

“The Jewish community is increasingly traumatised by Mrs Hassell’s conduct. It’s getting to the point where elderly people are scared to die in England – literally. I’m actually aware of at least one elderly couple who have happily lived in the UK since the Second World War but who have now emigrated permanently due to their fear of being subjected to unnecessary delays of their funerals when they pass away – or, worse still, a post-mortem autopsy,” Rabbi Asher Gratt reportedly said.

The case will be heard soon by Britain’s High Court of Justice. One of its possible results could be that all families in the country will be given the legal right to demand a high tech scan be done instead of an autopsy.

Following years of complaints and advocacy by both Muslims and Orthodox (the two groups share similar burial beliefs), Britain’s Ministry of Justice recently agreed that all coroners in London will operate  after hours beginning next month in an attempt to speed up the process of determining death. Other coroner’s offices in England and Wales reportedly have already have after hours services that are operational.