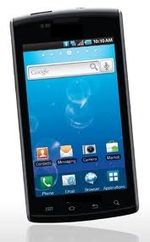 "Our research provides support for an association between heavy smartphone use and lowered intelligence. Whether smartphones actually decrease intelligence is still an open question that requires future research."

Reliance On Smartphones Linked To Lazy Thinking
University of Waterloo

Our smartphones help us find a phone number quickly, provide us with instant directions and recommend restaurants, but new research indicates that this convenience at our fingertips is making it easy for us to avoid thinking for ourselves.

The study, from researchers at the University of Waterloo and published in the journal Computers in Human Behavior, suggests that smartphone users who are intuitive thinkers -- more prone to relying on gut feelings and instincts when making decisions -- frequently use their device's search engine rather than their own brainpower. Smartphones allow them to be even lazier than they would otherwise be.

"They may look up information that they actually know or could easily learn, but are unwilling to make the effort to actually think about it," said Gordon Pennycook, co-lead author of the study, and a PhD candidate in the Department of Psychology at Waterloo.

In contrast, analytical thinkers second-guess themselves and analyze a problem in a more logical sort of way. Highly intelligent people are more analytical and less intuitive when solving problems.

"Decades of research has revealed that humans are eager to avoid expending effort when problem-solving and it seems likely that people will increasingly use their smartphones as an extended mind," said Nathaniel Barr, the other lead author of the paper, and a postdoctoral researcher at Waterloo.

In three studies involving 660 participants, the researchers examined various measures including cognitive style ranging from intuitive to analytical, plus verbal and numeracy skills. Then they looked at the participants' smartphone habits.

Participants in the study who demonstrated stronger cognitive skills and a greater willingness to think in an analytical way spent less time using their smartphones' search-engine function.

"Our research provides support for an association between heavy smartphone use and lowered intelligence," said Pennycook. "Whether smartphones actually decrease intelligence is still an open question that requires future research."

The researchers say that avoiding using our own minds to problem-solve might have adverse consequences for aging.

"Our reliance on smartphones and other devices will likely only continue to rise," said Barr. "It's important to understand how smartphones affect and relate to human psychology before these technologies are so fully ingrained that it's hard to recall what life was like without them. We may already be at that point."

The results also indicate that use of social media and entertainment applications generally did not correlate to higher or lower cognitive abilities.

Professors Jennifer Stolz and Jonathan Fugelsang, also from Waterloo's Department of Psychology, are co-authors of the study. Funding from the Natural Sciences and Engineering Research Council of Canada supported the research.

"Our research provides support for an association between heavy smartphone use and lowered intelligence. Whether smartphones actually decrease intelligence is still an open question that requires future research."