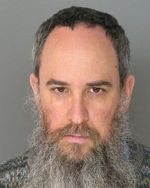 As of March 2, Karp was still in the Baltimore County Detention Center in Towson, Maryland awaiting a trial date, Dever said.

The 51-year-old Karp is the director of spiritual living at Menorah Park Center for Senior Living in Beachwood, Ohio, a suburb of Cleveland. He was also the president of Neshama: The National Association of Jewish Chaplains at the time of his arrest in January. He was reportedly suspended from that position January 23 and was also suspended from his Menorah Park job at about the same time.

Karp is charged with sexual abuse of a minor, continuing course of conduct; perverted practice and second- and third-degree sex offenses.

He allegedly sexually assaulted a girl in Baltimore County over a five-year period during frequent visits to the area.