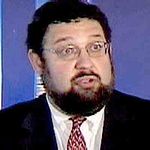 Avi Schick, the frequently dishonest haredi political insider, has written a very deceptive article on NYC's deal with haredim on metzitzah b'peh, (MBP), the direct mouth-to-bleeding-penis sucking done by most haredi mohels after cutting off a baby's foreskin. That deal allows haredim to continue to do MBP, despite the fact that MBP has transmitted herpes to babies, sickening at least 17 babies over the past decade or so, leaving two with serious brain damage and killing two others, and despite the fact that MBP has a long history of killing babies – a history documented in part in haredi rabbinic literature itself.

Avi Schick is a deceptive man who uses the occasional bully pulpit the New York City tabloids give him to spin for the haredi community and against its opponents – even when those opponents are doing nothing more than trying to protect children.

…The city’s new protocol is also more science-friendly than the regime it replaces. Some of the medical experts the city relied upon in the litigation have expressed disappointment about the new plan. But those same experts were never able to say anything more than that it is “biologically plausible” for infants to become infected with herpes via circumcision.

What the de Blasio administration has extracted from those who questioned any connection between circumcision and infection is a commitment to have mohels and families of infected infants fully cooperate in comprehensive testing, including DNA testing that can conclusively determine whether the newborn’s virus was transmitted by the mohel.

That in turn will permit the community and the city to ban any mohel found to have transmitted the herpes virus.…

The deal actually is structured this way:

• If a baby is infected with herpes in the close aftermath of his circumcision, haredi rabbis promise to try give the name of the mohel who did the circumcision to the city's Department of Health and Mental Hygiene.

• If that mohel tests positive for herpes and if the DNA of his strain of the HSV-1 virus is matched with the infant's, the city would ban that mohel from performing future circumcisions.

• However, if the mohel tested positive for herpes but his strain did not match the infant’s, the city's Department of Health and Mental Hygiene would ask him to stop doing circumcisions, but if he wants to, he could continue to do circumcisions without penalty.

• The HSV-1 virus is notoriously hard to capture and test. Basic tests for HSV-1 get frequent false negatives, and attempts to match DNA are equally elusive, meaning it is very likely infected mohels will be missed.

• Infected mohels whose strain of HSV-1 do not match the ill baby will be allowed to continue to put other children at risk of serious brain damage and death by continuing to do MBP.

• There are also several easy ways to game the non-binding system.

• Everything in the agreement first depends on babies contracting herpes. In other words, the dangerous practice of MBP is not banned, all mohels are not being routinely tested, surprise city monitoring of circumcisions is not being done and neither are any other steps that would protect babies

• There is no monitoring or inspection procedure in place to enforce a ban on an infected mohel, and the city will not be releasing the names of infected mohels, even if their herpes strain matches that of an ill infant. Therefore haredim will will not know a mohel is banned unless haredi rabbis want them to, meaning any ban is almost unenforceable.

Not only does the very dishonest Schick fail to mention those points or the voluntary non-binding nature of the agreement itself, he also deceives in other ways.

For example, Schick also writes, "[t]he mayor’s critics tend to ignore not only the pending lawsuit but also that a federal appeals court has vacated a lower-court decision upholding the regulations, expressing deep skepticism about their purpose and effect. Given the risk that the regulations would be invalidated, it was prudent for the mayor to negotiate a resolution."

What the federal appeals court did in layman's terms is demand that the review process done by the lower court use a higher standard reserved for church-state issues rather than the basic standard used in most cases. In particular, the appeals court was concerned that only Orthodox Jews had been singled out by the city's informed consent requirement – as if some other religion or part of a religion performs fellatio (albeit brief) on 8-day-old baby boys' bleeding penises due to purported health benefits which have been long disproved by both medical science and empirical data, and which has killed thousands of children.

The idea that appeals court ruling would have withstood its own appeal is almost laughable, but even if it had, the city's informed consent could easily have been reworded to be religion neutral, something like, "If during or after the circumcision process, the circumciser wishes to put his or her mouth on the neonate's penis and suck out blood from the wound, know that oral suction procedure carries with it substantial risk to your baby, including serious brain damage and even death."

In other words, the appeals court did not rule on the ridiculous First Amendment claim being made by haredim (including Satmar and Agudath Israel of America, among others).

The actual First Amendment claim has been previously dealt with by the courts, including by the US Supreme Court, in cases in which parents sought to take actions dangerous to their children's lives or refrain from taking actions necessary to save the lives of their children – for example, Christian Scientist parents refusing to allow a blood transfusion for an ill child. In those cases the US Supreme Court ruled for the doctors, health departments, public social welfare agencies and hospitals and against the parents. A child's life, and his physical and mental well-being trump any constitutional right to freedom of religion parents have.

But the very dishonest Avi Schick also fails to make this clear or even mention it, just as he fails to mention the thousands of babies killed by MBP whose deaths are documented in rabbinic literature.

How many dead haredi babies will it take before Avi Schick actually tells the truth?

Why Do Haredim Insist On Doing MBP Anyway?

A Graphic Halakhic History Of MBP.

Avi Schick, the frequently dishonest haredi political insider, has written a very deceptive article on NYC's deal with haredim on metzitzah b'peh, (MBP), the direct mouth-to-bleeding-penis sucking done by most haredi mohels after cutting off a baby's foreskin. That deal allows haredim to continue to do MBP, despite the fact that MBP has transmitted herpes to babies, sickening at least 17 babies over the past decade or so, leaving two with serious brain damage and killing two others, and despite the fact that MBP has a long history of killing babies – a history documented in part in haredi rabbinic literature itself.