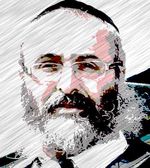 The most senior rabbi in Australia called the father of three sons who were sexually abused a “lunatic” who was guilty of “killing” the Chabad community within which his sons had been violated.

The most senior rabbi in Australia called the father of three sons who were sexually abused a “lunatic” who was guilty of “killing” the Orthodox Jewish community within which his sons had been violated.

On Tuesday Zephaniah Waks told the royal commission into institutional responses to child sexual abuse how he and his family were ostracised and bullied by religious leaders after speaking out about the abuse of his sons at the Yeshivah Centre in Melbourne. He had demanded to know from senior religious leaders within the Orthodox Chabad community why they had ignored it.

On Friday the commission heard that as Waks was giving his harrowing evidence, the president of the Organisation of Rabbis of Australasia, [Chabad] Rabbi Meir Shlomo Kluwgant, sent a text message to the editor of the Australian Jewish News.

“Zephaniah is killing us,” the message read. “Zephaniah is attacking Chabad. He is a lunatic on the fringe, guilty of neglect of his own children. Where was he when all this was happening?”

The royal commission into institutional responses to child sex abuse has for the past fortnight examined the failure of Jewish Yeshivah centres in Melbourne and Sydney to address child sex abuse allegations.

Facing the commission at Melbourne’s county court on Friday, Kluwgant was asked by a lawyer representing the victims, Melinda Richards, if he recalled sending the text message.

“I don’t recall,” Kluwgant responded. He also denied witnessing the evidence given by Waks, before admitting he had watched “parts of it”.

Richards then read out the text message from Kluwgant, at which point Kluwgant admitted to sending it.

Waks’s son Manny, a victim of the abuse who also gave evidence before the commission, said Kluwgant’s text message about his father was “shocking and vile”.

“Rabbi Kluwgant has been one of the leading forces behind the horrific intimidation campaign against me and my family,” Waks said.

“Until today it was difficult to prove. It has finally been exposed publicly. Rabbi Kluwgant must resign or be sacked immediately from every leadership position he currently holds. He is not fit to lead.”

Waks said it was impossible to believe an apology read out to the commission by Kluwgant on Friday, or an apology emailed by Kluwgant to him personally last week, was genuine.

It is the first time child sex abuse within the centres, which run schools and religious activities, has come under the gaze of the commission since it began its work in 2013.

For the past fortnight, child sex abuse victims and their families have told the commission how they informed religious leaders within Yeshivah about the abuse, but nothing was done to address it.

Instead, alleged abusers were allowed to leave the country with the full cooperation of Yeshivah management who knew about the allegations, the commission heard.

Victims and their families were bullied and ostracised for going to the police, the commission heard, and were attacked online and in person, labelled traitors in breach of Jewish law.

Rabbi Joshua Smukler, who since 2010 has been principal of the Yeshivah Centre College, later told the hearing about the strong stance the school now takes on allegations of child sexual abuse.

It was important for school leaders to continuously update their knowledge and training in dealing with child sex abuse allegations, he told the commission.
He said any suspicion of child abuse by staff would be immediately investigated and reported to police. He also spoke of the importance of immediately and personally apologising to victims of child abuse if the victim was open to it, in the presence of support people for the victim.

“I’m a firm believer that one of the greatest attributes of leadership and of being a real leader is being able to accept fallibility, and owning up to mistakes and recognising when you have done something wrong,” Smukler said.
“That fair outweighs concerns about airing dirty laundry, which pale in significance compared to the reality of [victims] needs and the lessons to be learned.”

The most senior rabbi in Australia called the father of three sons who were sexually abused a “lunatic” who was guilty of “killing” the Chabad community within which his sons had been violated.