« The Science Of Teaching: Study Finds Brain Processes That Are Key To Understanding Pupils | Main | Journalist Who Leaked Damning Texts From Chabad Rabbi Reportedly Forced Out Of Job At Australian Jewish Newspaper » 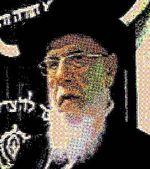 Cohen made his offensive remarks as he was speaking about his longtime devotion to the late founder and spiritual leader of Shas, Rabbi Ovadia Yosef, a former Chief Rabbi of Israel who passed away in October 2013. Cohen and Yosef jointly attended the so-called anointment ceremony for Sefardi Chief Rabbi of Israel Rabbi Yitzhak Nissim in 1955, and Cohen described the event this way.

"At the end of the ceremony they began to sing "kol od be'leivav [the first words of the national anthem]. I thought to myself, they're mad [i.e., the people who stood and sang or showed honor, including Rabbi Nissim and many other rabbis, were crazy], I didn't stand, [but] everyone [else] stood up like it was the aleinu le'shabayach [the prayer said standing by the entire congregation in synagogues at the conclusion of each daily, Shabbat and holiday prayer service] – but The Rabbi [i.e., Yosef] also stood!” Cohen said.

"I asked The Rabbi [Yosef], why did you stand up? He said 'I said the aleinu leshabayach prayer [quietly to myself rather than actually singing HaTikva or showing it any respect].’ Why did [Yosef] say aleinu leshabayach [that way]? He didn't want this stupid song [HaTikva] to influence us at all [i.e., his failure to honor it or sing it to become known and thereby hurt the Sefardi haredi community],” Cohen said.

Shahar Ilan, the deputy head of Hiddush, a national freedom of religion advocacy nonprofit, said Cohen’s retelling of that story was disingenuous.

“The haredi world is of the opinion that that it is intolerable that the national anthem of the Jewish State declares that the hope of the Jewish people is to be a free people,” referring to the anthem’s line that the Jewish people would be “a free nation in our land” – a line of the song haredim especially oppose. Ilan also noted that many haredim are dismissive of the song’s lyricist, Naphali Herz Imber, because he was alcoholic.

Ilan also said that Cohen was distorting Yosef’s actions because, Ilan said, Yosef clearly tried not to offend people and even stood and feigned participation in order not to offend.

During last summer’s Gaza War, Cohen attacked the IDF and insisted that Israel had no need for an army of its own.

"Do you think the people of Israel need an army? It is God Almighty who fights for Israel,” Cohen said.

He also has long history of labeling political and religious opponents heretics and “Amalek,” the biblical archenemy of the ancient Israelites whose descendants all Jews are commanded under halakha (Orthodox Jewish law) to kill wherever he is found and in every generation.

In a typical response, Shas reportedly said no one has the right to question Cohen.

“No one can lecture Rabbi Shalom Cohen, who lived all his years inside the walls of Jerusalem, what Zionism is and what the relationship is with the Land of Israel. It is the right and obligation of Rabbi Shalom Cohen to think that the sources of the Torah of Israel which escorted the Jewish people across thousands of years and speaks of the yearning for, and the return to Zion are preferable ten times over to a song that was created in the last few decades,” the Shas Party’s statement reportedly reads.

HaTikvah was written by Imber in several versions and then finalized 138 years ago.