A Pedophile Who Repents Should Likely Not Be Reported To Police, Senior Chabad Rabbi Says 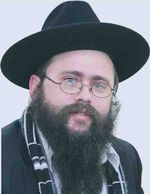 Rabbi Yosef Feldman also said rabbinical organizations issuing statements to the media in support of abuse victims might prompt “fake victims” to go to police, and proven victims to exaggerate their stories.

As I noted in a previous report about this Feldman claim, because pedophiles have an extremely high recidivism rate and are rarely "cured" or even properly controlled and managed through therapy, castration drugs and close supervision, what Feldman is calling for will just cause more children to be raped and abused. The key point here is that there is no way to really know if a "former" pedophile has really stopped abusing kids. There's no 24/7 close monitoring possible (except in prison) and no way to keep pedophiles completely away from kids.

A victim of child sex abuse should not necessarily go to police if the perpetrator has not offended for decades and the abuser has repented to God, a senior Jewish leader has told a royal commission.

Rabbi Yosef Feldman also said rabbinical organisations issuing statements to the media in support of abuse victims might prompt “fake victims” to go to police, and proven victims to exaggerate their stories.

The royal commission into institutional responses to child sexual abuse, before Melbourne’s county court, is investigating abuse within the Orthodox Yeshivah organisations and their communities in Sydney and Melbourne for the first time.

“There should be a lot more leniency on people who have shown that they haven’t offended in the last 20 years or decades, and they’ve had psychological analyses ... and if they have done repentance,” Feldman said on Monday.

“Even for victims, knowing repentance is a big thing, they would understand how repentance is the main point. They should respect that specifically – if they [the perpetrators] have repented and if they have [paedophilic] tendencies, and don’t act on that.”

The commission also heard that less than 24 hours after Feldman issued a statement on behalf of the Rabbinical Council of New South Wales in 2011 encouraging victims to report abuse to police, he emailed a senior rabbi within Yeshivah to say he was concerned an alleged perpetrator and friend under investigation by police, David Cyprys, was being treated unfairly “for no good reason”.

He was rigorously challenged on that course of action by counsel assisting the commission, Maria Gerace, who put it to Feldman that the email was evidence that the statement he issued on behalf of the rabbinical council was not genuine.

“Not more than 24 hours before, you had issued your own statement saying that you unequivocally supported allegations being reported to police,” Gerace said. “And as soon it has practical effect for someone you know, you raise a complaint.

“Your concern is only for Cyprys, not the victims there.”

But Gerace pressed Feldman on why he issued the council statement while he was simultaneously questioning the legitimacy of abuse claims.

Feldman said: “The only reason we [the council] got involved is because we were being criticised about why we weren’t coming out with a public statement.”

“I have no problem coming to the Jewish community, but to go to media I think it’s bad for the Jews.”

The statement said victims should go to police because that was what secular law dictated, he said.

“That’s what needs to be done, unfortunately, because that’s the law,” he said. “But if the law could be changed ... but since it is the law we have to follow the law.”

Feldman told the commission he believed “too much hype” about child sex abuse encouraged false allegations.

“By saying everyone can go report [abuse] could encourage even real victims to exaggerate, and that’s not good,” Feldman said. “My opinion is the less the media is involved, the better it is to protect the victims.”

The commission also heard he contacted the victim of another perpetrator and Yeshivah teaching assistant, Daniel “Gug” Hayman, and asked the victim whether he would be “happy” if Hayman ended up in jail. Both Hayman and Cyprys were convicted for their crimes.

Throughout his evidence Feldman appeared nervous, tapping his foot on the floor and speaking too loudly into the microphone. He was consistently asked to move back from the microphone, and to focus on the questions.

Last week, Feldman told the commission that while he was the director of a Yeshivah college, he was unaware of mandatory reporting laws around child sex abuse in NSW, and that he did not feel he needed training because “sex abuse is not common”.

A Pedophile Who Repents Should Likely Not Be Reported To Police, Senior Chabad Rabbi Says

Rabbi Yosef Feldman also said rabbinical organizations issuing statements to the media in support of abuse victims might prompt “fake victims” to go to police, and proven victims to exaggerate their stories.