« They Banned The Internet But Now Have An Official Website | Main | Beit Shemesh: Secular School Given To Haredim; Secular Students To Be Forced To Move To Distant, Decrepit School Building » 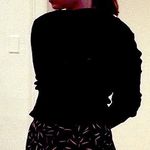 The official state rabbinical court in Jerusalem that ordered a woman it labeled a get (Jewish religious divorce) refuser arrested and jailed earlier this week acted even more egregiously than originally reported – and it is completely unrepentant.

The Haredi Theocracy That Is Israel
Shmarya Rosenberg • FailedMessiah.com

The official state rabbinical court in Jerusalem that ordered a woman it labeled a get (Jewish religious divorce) refuser arrested and jailed earlier this week acted even more egregiously than originally reported.

The woman – a 48-year-old mother of seven children, one of whom is disabled and needs 24/7 care – was arrested Tuesday and then handcuffed by police to a hospital bed for approximately 24 hours. On Thursday, after news of the rabbinical court’s behavior was reported by Ynet’s Hebrew-language website and was picked up by other Israeli media, the rabbinical court ordered the woman released, but without any apology for its actions.

But the woman’s husband refused to pay the child support the civil family court ordered and had for the last two years ignored an order from that family court to turn over one of several apartments he owns to his wife as part of the divorce settlement he initially agreed to.

Instead, the woman’s husband eventually went to the official state rabbinical court and opened a divorce case there.

In response, the family court ruled that woman did not have to take a get (Jewish religious divorce document) from her husband until he complied with their orders.

Earlier this month, the religious court issued a summons to the woman, but she did not attend the scheduled hearing because she had just undergone surgery and was ill. Instead, through her advocates from the Rackman Center she gave the rabbinical court notes from her physicians documenting her condition.

The police arrested her Tuesday and brought her before the rabbinical court. Its three haredi rabbi-judges – Avraham Scheinfeld, Eliyahu Abergil and Mordechai Toledano – gave her a divorce agreement to sign.

She refused, telling the rabbi-judges that her husband had not given her the apartment specified in their family court settlement and that the family court had given her permission to refuse to accept the get until her husband complied.

The haredi rabbi-judges immediately ordered police to jail her for a week for “get refusal.”

In order to get out of jail earlier than that and care for her children, she would have had to pay a bond of 10,000 shekels ($2,548) – money she doesn’t have, in large part because of her husband’s actions.

As police were taking her to prison, she became so ill that they had to take her to Shaare Tzedek Hospital instead, where she was admitted. But police and cuffed her to her hospital bed – a violation of both police procedure and the policy of Israel’s medical societies.

"I can't understand this un-receptiveness and cruelty," she said. I'm just carrying out the ruling of the Family Affairs Court,” the woman reportedly told Ynet.

Nonetheless, the haredi-controlled state rabbinical court justified the woman’s arrest and detention. It told media that the woman could have simply paid the bond and then gone home. And if she didn’t want to do that or was unable to pay, she could have appealed.

"The woman is eligible to appeal the decision to the regional court. Court management is prevented from going into further details due to a gag order put on family affairs issues discussed in religious courts,” it said through its spokesman.

In practice, however, men are able to move cases to state religious court with near impunity, and those state rabbinic courts routinely issue decisions that are heavily slanted against women.

The official state rabbinical court in Jerusalem that ordered a woman it labeled a get (Jewish religious divorce) refuser arrested and jailed earlier this week acted even more egregiously than originally reported – and it is completely unrepentant.