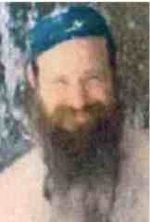 In June 2006, Rabbi Jay Marc Harris was escorted out of the San Antonio theme park by security after three mothers complained of his asking to "borrow' their boys for a two-person ride. After learning of complaints of strange behavior in other parks, Six Flags instituted a lifetime ban that barred Harris from all 16 of the company's sixteen properties. 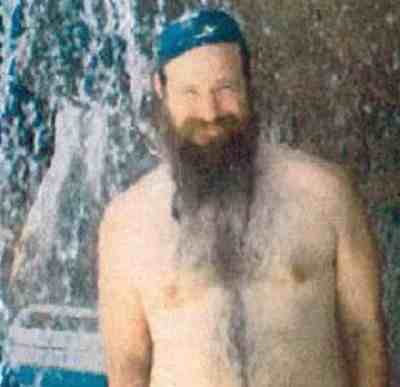 Above and above right: Rabbi Jay Marc Harris in 2006

Stop me if you've heard this one before. A rabbi walks into Six Flags Fiesta Texas, and walks out—well, actually is escorted out—with a lifetime ban to all Six Flags theme parks. Such is the case of Jay Marc Harris, a former rabbi whose love for the Torah is perhaps rivaled by log rides and water slides. He's been fighting the ban in court since 2011, and this week a state appeals court reaffirmed a lower court's decision to let the ban stand.

In June 2006, Harris was escorted out of the San Antonio theme park by security after three mothers complained of his asking to "borrow' their boys for a two-person ride. After learning of complaints of strange behavior in other parks, Six Flags instituted a lifetime ban that barred Harris from all 16 of the company's sixteen properties.

The ban might as well have been a death sentence for Harris. “It's a tragic story in my life,” he told the San Antonio Express-News in 2013.

Between 1984 and his ban in 2006, the New Haven, Connecticut, resident, who went by the nickname "Flume Dog" because of his love of log flumes and water slides, would purchase a season pass to Six Flags and travel the country every year to ride those particular attractions at the company's parks. In addition to having a passion for water attractions, Harris is also a Hasidic Jew, and religious rules forbid him from riding with a female. These rules, Harris claims, is why he specifically asked for boys to join him on the two person rides.

Although the ban was instituted in 2006, Harris waited until 2011 to file a suit against Six Flags, claiming gender and religious discrimination. He lost suit in 2014. A judge ruled on the side of Six Flags on the grounds that the statute of limitations to file a discrimination claim had expired. This week, the 288th Judicial District Court upheld the ruling. Harris had appealed the lower court's ruling, claiming that each time he was refused entry onto a Six Flag property counted as a brand new act of discrimination, but the appeals court disagreed.

In addition to asking mothers if their boys could ride with him, Six Flags also reported that Harris was found chained to a tree at the Six Flags property in Atlanta, Georgia. He had presumably slept on the property overnight. He would also request that a Six Flag employee would escort him around the park to take pictures of him enjoying the attractions. But that's not weird, Harris claims, he just really, really enjoys Six Flags.

It appears now that Harris will have to find another chain of theme parks to get his log flume fix, because, as it stands, he will never be able to set foot on another Six Flags property ever again.

Update 1-16-2015 – I've been told by a very credible source with firsthand knowledge of Harris that he's an extremely odd but harmless person. A Chabad hasid, Harris believed he was sent to the Mir Yeshiva in Brooklyn by the Lubavitcher Rebbe to "spread chassidus." He studied in the Mir for a decade and lived in the yeshiva in  a room located away from the main dorm, and was basically left alone by the yeshiva rabbis. Harris spent all day alone in the study hall studying hasidic texts. Harris had the entire New York City subway system and transit map memorized and could nearly instantaneously tell people which trains to take in which sequence to get anywhere in the five boroughs, np matter how obscure the destination. My source doesn't think Harris is a threat to anyone, children included. He thinks he just likes water slides in the same way he likes public transit and trains. He also said that Harris' understanding of modesty requirements, odd that it is, is perfectly in tune with his normal behavior.

In June 2006, Rabbi Jay Marc Harris was escorted out of the San Antonio theme park by security after three mothers complained of his asking to "borrow' their boys for a two-person ride. After learning of complaints of strange behavior in other parks, Six Flags instituted a lifetime ban that barred Harris from all 16 of the company's sixteen properties.