Haredi Sex Offender Escapes Arrest And Flees To Israel – With, Some Claim, The Tacit Approval And Help Of The NYPD And The Brooklyn DA 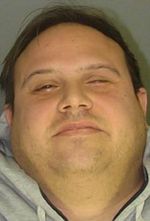 Worse yet, the sex offender's family made aliyah to join him there – with the help of the Orthodox aliyah group Nefesh B'Nefesh.

Haredi Sex Offender Escapes Arrest And Flees To Israel – With, Some Claim, The Tacit Approval And Help Of The NYPD And The Brooklyn DA
Shmarya Rosenberg • FailedMessiah.com

Former bar mitzvah tutor and social worker Yona Weinberg is a convicted Level 3 Sex Offender, the most serious type of sex offender there is. The 36-year-old Weinberg would have been rearrested for allegedly assaulting a new a victim this summer, an 11-year-old boy in a Brooklyn synagogue.

But when cops got to his Brooklyn home he wasn't there, and the next day he was on a plane to Israel – largely because Brooklyn DA Kenneth Thompson failed to act swiftly to have him arrested or to stop his flight.

“[Thompson]’s making all of us who really campaigned hard for him look like fools. He seems to be playing politics. The outcome of this case is disgusting,” victim and victims advocate Chaim Levin told the Daily News.

Weinberg allegedly slammed the 11-year-old boy into a shelf of books in the synagogue on August 15, and police reportedly have a warrant to arrest Weinberg on a misdemeanor assault charge.

A misdemeanor isn’t a serious enough crime to be extradited from Israel.

“In the event that [Weinberg] returns to New York, he will be charged,” Thompson’s spokeswoman Lupe Todd told the Daily News.

But that incident took place two months after the 11-year-old boy told police he was “forced” to touch Weinberg’s shirt and pants to ‘measure their size,’ a law enforcement source told the Daily News.

Thompson refused to bring forcible touching charges against Weinberg because the boy was not forced to touch Weinberg’s genitals.

The physical assault in the synagogue allegedly took place because the boy spoke to police about the forcible touching. As he threw the boy into the bookshelf Weinberg allegedly threatened to harm the boy even more if he kept on talking to police and the DA.

Police reportedly failed to file an official report about the assault until September 9 – 25 days after the assault allegedly took place. The Daily News reports the cause for that delay is unclear.

When cops went to Weinberg’s Flatbush home to arrest him, his wife told them he was out and referred him to an attorney.

Weinberg reportedly left for Israel the next day. Weinberg’s wife and four children joined him there several weeks courtesy of Nefesh B’nefesh, the Orthodox aliyah organization.

“The culture in the Brooklyn DA’s office is to discourage Orthodox victims of child abuse from proceeding with their complaints.…The way he has been dealing with these cases sends a message that he’s not interested in prosecuting Orthodox Jewish sex offenders. The victims and their families have gotten this message loud and clear,” Ben Hirsch, one of the co-founders of the anti-child-sex-abuse organization Survivors of Justice, said.

The Brooklyn prosecutor handling this case is allegedly Miss Gregory, a daughter of noted comedian Dick Gregory. She has repeatedly mishandled abuse cases, according to sources aware of the situation.

Weinberg was able to flee because no one was watching him. Why would that be? Because he was not sentenced to parole or supervised release after serving his 13-month prison sentence for sexually molesting two young boys that concluded in 2010.

That was largely due to the laxity and likely corruption of former Brooklyn DA Charles J. Hynes and a cadre of Brooklyn judges many outside legal experts look at with a mix of bemusement and scorn.

Under law, because he is a Level 3 Sex Offender Weinberg is required to check in with police every 90 days and to verify his address once a year. If he fails to do so, it is a felony.

The New York State Division of Criminal Justice Services (DCJS) told the Daily News that a letter sent to verify Weinberg’s Brooklyn address was returned unopened by the Post Office in December.

“We have not received any information from this offender or the NYPD,” DCJS spokeswoman Janine Kava said today.

The federal sex offender registry still shows Weinberg's Brooklyn address as current – even though it isn't.

But the Brooklyn DA’s spokeswoman Lupe Todd insisted Weinberg told the police he was leaving the country, and promised to check in as required – a claim that does not appear to jibe with the known facts.

Has Weinberg checked in with the NYPD? That, the Daily News says, is unclear.

But what is clear is that if Weinberg left without checking in or violated the 90 day rule – both likely true – he can be prosecuted as a felon. And that should make his extradition possible. And that is why the arguably corrupt Thompso is claiming Weinberg complied.

Meanwhile, Weinberg and his family are now living openly in the haredi Jerusalem neighborhood of Har Nof with unrestricted access to lots of little children.

Haredi Sex Offender Escapes Arrest And Flees To Israel – With, Some Claim, The Tacit Approval And Help Of The NYPD And The Brooklyn DA

Worse yet, the sex offender's family made aliyah to join him there – with the help of the Orthodox aliyah group Nefesh B'Nefesh.