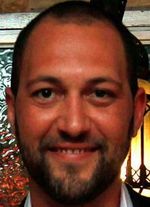 The 35-year-old Aguiar was last seen on home security camera footage taking his 31-foot long boat out to sea the night of June 19, 2012 in choppy waters at night.

The boat was found the next morning elsewhere on the city’s shoreline with the Atlantic Ocean run aground and with its lights and engine still running.

Aguiar's wallet and cell phone were found on the boat, but his body has never been found, and many people familiar with case at first thought Aguiar – who had a history of mental illness – had faked his own death to escape a troubled marriage.

Family members fighting over his approximately $100 million estate have wanted Aguiar declared dead since shortly after the he went missing.

Aguiar was a major supporter of Chabad and Zionist Orthodox causes, and at one time supported haredi Rabbi Leib Tropper’s Eternal Jewish Family, which sought to control all conversions to Judaism done outside Israel. But Aguiar broke with Tropper, who shortly afterward was caught in a sex scandal, first reported by FailedMessiah.com, in which Tropper allegedly coerced a female in the process of conversion to sleep with Tropper’s wife and with a male friend of Tropper. The woman did not sleep with the male friend but did spend time in a hotel room alone with Tropper’s wife, and then secretly videoed Tropper after he came into the room and asked for the details of their sexual encounter - an encounter the woman says she and Tropper’s wife only pretended to have in order to please him.