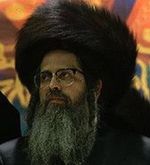 Housing activists in Brooklyn are demanding New York City Mayor Bill de Blasio stop the construction of a “racist” apartment complex under construction on the Broadway Triangle, the border between the Williamsburg, Bushwick, and Bedford-Stuyvesant neighborhoods.

This type of housing discrimination has been common in Williamsburg for decades, and the city has rarely done much to stop it, largely because the Satmar hasidim who live there bloc vote.

The apartments being built at the Broadway Triangle are three-and-four bedrooms and are designed to serve large hasidic families. That immediately excludes most non-hasidim.

“They are not creating places for non-white families,” Shekar Krishnan of Brooklyn Legal Services Corporation A, one of the organizations fighting the construction, told the Brooklyn Paper.

The activists also note that a “community preference” is given by the hasidic developers to families already living in Williamsburg. That means that families living in Bushwick and Bedford-Stuyvesant, many of whom are Latino and Black, are cut out.

“What is being built now is creating a more segregated and less inclusive Williamsburg. Latinos and blacks who could desperately use housing cannot find it because of building projects like these,” Juan Ramos, who heads the Broadway Triangle Community Coalition, reportedly said.

The Broadway Triangle Community Coalition and more than 40 other groups are asking DeBlasio to broadly interpret a judicial injunction issued in 2012 that ordered a stop to all construction on city-owned properties in the triangle area bordered by Broadway, Union and Flushing avenues. The activist groups want de Blasio to stop developers from building on private land in the triangle as a means of stopping Satmar’s housing discrimination against people of color and against non-Jews in general.

In 2009 the Broadway Triangle Community Coalition sued the city, alleging New York City awarded the Vito Lopez-run Ridgewood Bushwick Senior Citizens Council and the Satmar-controlled United Jewish Organizations of Williamsburg two city-owned sites for development without first publicizing a request for proposal – meaning any other potential bidders for the property were shut out. Almost six years later, that suit is still working its way through New York’s courts.

Lopez was at the time a powerful New York State Assemblyman and the chairman of the Democratic Party of Kings County (Brooklyn) with extremely close ties to Satmar. He was forced to resign from both positions in May 2013 after serial sexual harassment allegations, related lawsuits against him and his settlements of those lawsuits were exposed and he was censured by the Assembly’s Ethics Committee.

De Blasio is also closely tied to Satmar. His administration reportedly did not respond to questions about the activists’ complaints posed by the paper.