« After The Paris Terror Attack, How Should Islam Be Viewed? | Main | New Study: Circumcision Before Age 5 DOUBLES Autism Risk » 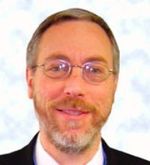 Dr. Aaron Glatt does not want you to know the truth about the dangers of metzitzah b'peh (MBP), the direct mouth-to-bleeding penis sucking done by haredi mohels after cutting off the baby's foreskin.

The Forward has new article on metzitzah b'peh (MBP), the direct mouth-to-bleeding penis sucking done by haredi mohels after cutting off the baby's foreskin.

There's nothing new in the article except for the Forward's claim that New York City Mayor Bill de Blasio's office did not respond to the Forward's questions, and this:

…Dr. Aaron Glatt, a Modern Orthodox rabbi and infectious disease specialist, told the Forward that although there is a “theoretical risk” that herpes can be transmitted via MBP, it has never been “conclusively proven.” Glatt said that until doctors can prove a conclusive link, parents should defer to their rabbi for guidance on whether MBP should be performed.

However, leading medical groups, including the Infectious Diseases Society of America, of which Glatt is a member, say that the link between MBP and infant herpes is incontrovertible. They point to several studies in the past 10 years, including an epidemiological study conducted by New York City’s health department that concluded that infants who undergo MBP are three times more likely to contract oral herpes than those who do not undergo MBP.…

Glatt – a Yeshiva University graduate who besides being a physician is Assistant to the Rabbi at the Young Israel of Woodmere, New York (where he also teaches a daf yomi daily Talmud class) and is the Assistant Rabbi at Congregation Anshei Chesed in Hewlett, New York – is playing fast and lose with the truth. By "conclusively" what he means, I think, is a DNA match between a baby's genital herpes and the herpes of mohel who circumcised him.

But as Glatt well knows, most haredi parents of babies with genital herpes refuse to tell doctors and Department of Health and Mental Hygiene personnel the name of the mohel who circumcised their child. And even when the name of the mohel is known, because of how the herpes virus works, it almost impossible to get samples from a mohel two or three weeks after a circumcision. By then, the virus is likely in remission.

But using the methodology used by public health specialists and epidemiologists for decades and still the go-to method of evaluation today, there is no question where most of these genital herpes cases in Jewish newborns are coming from – the mouths of the haredi mohels who circumcised then days earlier.

That's why the Infectious Diseases Society of America says the causal link between MBP and neonatal herpes is incontrovertible and other leading medical organizations have come out against it – facts Glatt clearly knows.

Glatt isn't a dissenter, he's a front man and apologist for the worst behavior of haredim who parses his words to mislead politicians and others – including the haredi parent's of newborns. And as such he is morally and ethically responsible for evey child who gets herpes through MBP.

Is MBP dangerous? Of course it is. Read this brief history of disease transmitted by it. Read Rabbi Dr. Shlomo Sprecher's journal article on it.

A Graphic History Of MBP.

A History Of MBP Disease Transmission.

Why Haredim Do MBP.

Bill De Blasio Promises Satmar That In Exchange For Votes, He Will Repeal Informed Consent For Dangerous Haredi Circumcision Practice.

Dr. Aaron Glatt does not want you to know the truth about the dangers of metzitzah b'peh (MBP), the direct mouth-to-bleeding penis sucking done by haredi mohels after cutting off the baby's foreskin.