'Twas The Night Before Nittel 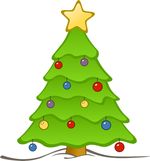 "'Twas the night before Nittel, when all through the shul, not a bochur was learning, not even Reb Shmul…"

Apologies to: A Visit from St. Nicholas
BY CLEMENT CLARKE MOORE (adapted by Yochanan Lavie)

'Twas the night before Nittel, when all through the shul
Not a bochur was learning, not even Reb Shmul;
White stockings were worn with the black pants with style,
In hopes that the Polish nobility smiled;
The Yidden were nestled all snug in their beds;
While visions of dreidels spun in their heads;
And mammaleh in her teichel, and I in my cap,
Had just settled our brains with a glassel of schnapps,
When out on the street there’s a bum wearing shmattas,
I sprang from my bed to see what was the matter.
Away to the window I flew like a putz,
Tore open the shutters and looked at that yutz.
The moon on the breast of the now-blackened snow,
Gave an urban patina to objects below,
When what to my near-sighted eyes did appear,
But a miniature goy and eight kosher rein-deer,
With a black gypsy cab so battered and quick,
I knew in a moment he must be Reb Nick.
More rapid than people at Kiddush they came,
And he hocked them a tchinek, and called them by name:
"Nu, Dovid! nu, Donniel nu Pesach and Velvel!
On, Kalman! on, Moishe! on, Dov-bear; I’m schvitzin’!”
To the top of the stoop to the peeling-paint hall!
Nu gei avek! Gei avek! Gei avek, y’all!"
As sukkahs before the wild hurricane flop,
When they fall apart including skach;
So up to the rooftop like pigeons they flew
With the cab full of goys, and Reb Nicholas too—
And then, like some cossacks, I heard on the roof
The non-mixed dancing of each little hoof.
As I twirled my payos, and was davening aloud
Down the fire escape Reb Nick came in like a hound.
He was dressed all in fur, from his head to his foot,
And his clothes were all black, just like ashes and soot;
A sigh full of “oys,” he had a mild heart attack,
And he looked like a peddler, on Essex, way back.
His eyes were so runny! He looked just like a Rebbe!
His cheeks were like kishka, his nose like a herring!
His drooling mouth made him seem like a schmoe,
And the beard on his chin was way down to his toes;
The hemp in his pipe, he sucked in through his teeth,
And the smoke that encircled his head made him reel;
He had a broad face and a little round belly
That shook when he laughed, like a donut of jelly.
He was zaftig and plump, a right silly old schmuck
And I laughed when I saw him; I said “What the f--!”
A wink of his eye and a twist of his head
Soon gave me to tell him “Nu, gei in dred!”
He spoke not a word, but went straight to his work,
And took all the seforim, like an Inquisition jerk,
And laying his finger inside of his nose,
And flicking a booger, out the window he goes; [to the fire escape]
He sprang to his cab, to his team gave a whistle,
And away they all drove, like a drive-by posse.
But I heard him exclaim, ere he drove out of sight—
“No learning at all, and for all Nittel night!”

'Twas The Night Before Nittel

"'Twas the night before Nittel, when all through the shul, not a bochur was learning, not even Reb Shmul…"