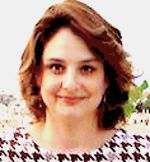 Under the slogan "no votes without representation,” approximately 3,000 mostly haredi and Orthodox Israeli women have called for haredi women to boycott haredi political parties until they put women on their election lists – something haredi political and rabbinic leaders refuse to do.

Under the slogan "no votes without representation,” approximately 3,000 mostly haredi and Orthodox Israeli women have called for haredi women to boycott haredi political parties until they put women on their election lists, Ynet reported – something haredi political and rabbinic leaders refuse to do.

The call came on Facebook and is the rough equivalent of 120,000 American women signing a Facebook petition.

On Friday, an open letter to the leaders of Shas and United Torah Judaism formally outlined the group’s demands.

"This is the moment for historic justice, and it's in your hands. We are convinced that female representation will succeed in bringing our concerns to the Knesset in a fair and just manner. There are many talented haredi women who would be happy to faithfully handle public needs,” the open letter said.

"The time has come for us to receive the respect we deserve as primary bread-winners and as those who hold the world of Torah on our backs, in the form of appropriate female representation in the haredi lists. We will respect any suitable female representative that you choose and we will feel that she is our emissary, the emissary of 50% of your voters,” the open letter continued.

The Sefardi haredi Shas Party and the Ashkenazi haredi United Torah Judaism Party reportedly refused to comment about the letter.

Among the letter’s signatories three haredi women who have tried to run for local office, despite the opposition of the haredi parties and rabbis.

• 29-year-old Racheli Ibenboim, a Jerusalem-based member of the Gur (Gerrer) hasidic sect in Jerusalem. Ibenboim was recently nominated to run for the Jerusalem city council by the right-wing Zionist Orthodox HaBayit HaYehudi Party. She accepted the nomination but dropped out of the race after being threatened.

"Our place in haredi society is becoming more central, and we have representation in many areas – just not politics. There is a series of burning issues that aren't being dealt with, such as employment, salary, and lack of awareness regarding health that causes haredi women to have higher mortality from breast cancer. These things must be taken care of. It doesn't have to be a feminist activist – we would be very happy if our representative were a rabbi – as long as she's talented,” Ibenboim reportedly said.

• 34-year-old Michal Chernovitzky. Chernovitzky lives in the haredi city of Elad and headed a groundbreaking political party there that only included women. The party failed to win any seats and she wasn’t elected.

"I don't think that the reason there aren't female haredi politicians is the rabbis. The [political] leaders simply don't like giving up centers of power. [The chairman of the Sefardi haredi Shas Party] Aryeh Deri, for example, is constantly using his wife, who doesn't want to go into politics, as an example. So here, we are saying that's not true. Haredi women do want to run, and it's time for that to happen. [Rabbi] Moshe Gafni [the head of the Ashkenazi haredi United Torah Judaism Party’s non-hasidic Degel HaTorah faction] has even been quoted in the past saying that if a haredi woman asked to run, he would vacate his seat for her. So here you go, Gafni, vacate your seat,” Chernovitzky said. (Gafni’s point was not that he supports egalitarianism in politics, it was that no true haredi women wants to run for office and serve.)

• 42-year-old social activist Esty Reider-Indorsky of Ramat Gan near Tel Aviv. She said she would not vote for a political party that has no female candidates.

"I have voted for United Torah Judaism ever since I was 18, and this is the first time I won't be going to vote. I don't accept the claim that because rabbinical leaders oppose this, then it should be forbidden. The rabbis are attentive to the peoples' whisperings, and in the past they also opposed education and foreign wigs, and years later allowed them. Ultimately there's no real obstacle, and there's no reason for the Knesset not to have representation for half the population,” Reider-Indorsky said.

In all of Israeli history, only one female haredi, Tzvia Greenfeld, served as a Member of Knesset. But Greenfeld was a member of the left-wing almost completely secular Meretz Party. No haredi political party has ever had a woman on its Knesset list.

Other than Greenfield, the closest haredi women have gotten to serving in Knesset is as assistants to politicians.

• Rabbi Menachem Moses of the non-hasidic faction of the Ashkenazi haredi United Torah Judaism Party has one female haredi aide.

• Israel’s President Reuven Rivlin has a haredi woman, Rivka Ravitz, who serves as his bureau chief. Ravitz is the widow of the late haredi Member of Knesset Rabbi Avraham Ravitz of the non-hasidic Degel HaTorah faction of the Ashkenazi haredi United Torah Judaism Party.

Under the slogan "no votes without representation,” approximately 3,000 mostly haredi and Orthodox Israeli women have called for haredi women to boycott haredi political parties until they put women on their election lists – something haredi political and rabbinic leaders refuse to do.