« Money And Food Surpluses Created Religion As We Know It About 2,500 Years Ago, Researchers Find | Main | Washington Heights Doctor, 10 Others, Indicted For Drug Trafficking » 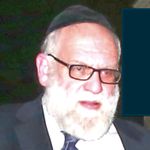 “When I have sex with my wife, I think of her. When she sits across from me, she sits with her legs open so I can see her crotch, she wouldn’t do that if she didn’t want me,” Schmidt allegedly told Sabbagh, adding that he buys his mistress undergarments from Victoria’s Secret.

He also allegedly ridiculed her sheitl (wig) in public.

“Ew, that’s an ugly sheitel, I hate it,” Schmidt supposedly said loudly to Sabbagh in a crowded courtroom.

Sabbagh finally complained to court administrators in January and Schmidt allegedly fired her the day afterward.

“I’m extremely sad and hurt that I lost my job with the court system because of my complaints about how Judge Schmidt dehumanized me, even though everyone who worked with me knows what he’s like and how he treated me. I’m embarrassed to have to bring this lawsuit, but what else could I do? No one deserves to be treated this way, especially by judges who are supposed to uphold the state’s human rights laws,” Sabbagh told the New York Post through her attorney, who added that it was hard for Sabbagh to sue.

“Bringing this lawsuit was a last resort for Sharon, as she’s a deeply religious woman and this is a humiliating process for her,” the attorney said.

The Post staked out Schmidt’s home and when Schmidt got home from work Thursday night, a reporter asked him for comment.

“My lawyer will make the comment,” Schmidt reportedly said, but then refused to give the Post his attorney’s name.

Schmidt has been a judge since 1995. Sabbagh has worked as secretery in the court system for 24 years.