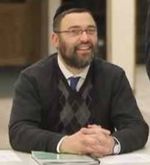 A source close to the case tells FailedMessiah.com that Alex Schleider, one of the conspirators in the most recent federal fraud case against haredi mega scammer Eliyahu Weinstein, has just been sentenced to prison, and his daughter screamed at victims after the sentencing.

A source close to the case tells FailedMessiah.com that Alex Schleider, one of the conspirators in the most recent federal fraud case against haredi mega scammer Eliyahu Weinstein, has just been sentenced to one year and one day in prison.

FailedMesiah.com was also told that Schleider's daughter Debbie screamed at Schleider's victims after the sentencing and acted as if her father, who is unquestionably guilty, should not have been sentenced to prison.

Ocean County, N.J., Man Sentenced To One Year In Prison For His Role In Multi-Million Dollar Real Estate Investment Scheme

TRENTON, N.J. – A Lakewood, New Jersey, man was sentenced today to one year and one day in prison for his part in a real estate investment fraud scheme that defrauded investors of more than $1 million, U.S. Attorney Paul J. Fishman announced.

Alex Schleider, 49, previously pleaded guilty before U.S. District Judge Joel A. Pisano to an information charging him with one count of wire fraud. Judge Pisano imposed the sentence today in Trenton federal court.

Schleider, Eliyahu Weinstein, 39, of Lakewood, and the other defendants persuaded victims to invest in the purported purchase of an apartment complex, “Belle Glade Gardens,” in Florida. They told the victims that Weinstein had the opportunity to purchase Belle Glade Gardens at a discounted price and immediately flip it at a substantial profit. Schleider and Weinstein further told the victims that Weinstein had already placed $2.5 million in the trust account of a Miami law firm for the transaction; that if the victims contributed another $2.5 million toward the transaction, those funds would remain in escrow at the Miami law firm until the deal closed; and that the victims would be repaid within 60 days. The victims wired $2.83 million to the Miami law firm in order to complete the Belle Glades Gardens transaction. Schleider and Weinstein did not use the money to purchase Belle Glades Gardens. Instead, they redirected the money from the law firm to accounts that they controlled, returned $1.8 million to the victims as a purported return on a prior Facebook investment, and used the remaining money for their own purposes.

In addition to the prison term, Judge Pisano Schleider to serve three years of supervised release and ordered him to pay restitution of $613,200 and forfeiture of $363,200.

Weinstein, 39, also pleaded guilty to charges related to his role in the scheme and is scheduled for sentencing on Dec. 15, 2014. Charges against a third conspirator, Aaron Muschel, 64, of Brooklyn, New York, who was charged in the criminal complaint filed against Weinstein and Schleider in May 2013, remain pending. The charges against him are merely accusations and he is presumed innocent until proven guilty.

This case was brought in coordination with President Barack Obama’s Financial Fraud Enforcement Task Force (FFETF) which was created in November 2009 to wage an aggressive, coordinated and proactive effort to investigate and prosecute financial crimes. With more than 20 federal agencies, 94 U.S. attorney’s offices and state and local partners, it’s the broadest coalition of law enforcement, investigatory and regulatory agencies ever assembled to combat fraud. Since its formation, the task force has made great strides in facilitating increased investigation and prosecution of financial crimes; enhancing coordination and cooperation among federal, state and local authorities; addressing discrimination in the lending and financial markets and conducting outreach to the public, victims, financial institutions and other organizations. Over the past three fiscal years, the Justice Department has filed more than 10,000 financial fraud cases against nearly 15,000 defendants including more than 2,700 mortgage fraud defendants. For more information on the task force, visit www.stopfraud.gov.

Schleider Pleads Guilty, To Be Sentenced In September.

A source close to the case tells FailedMessiah.com that Alex Schleider, one of the conspirators in the most recent federal fraud case against haredi mega scammer Eliyahu Weinstein, has just been sentenced to prison, and his daughter screamed at victims after the sentencing.